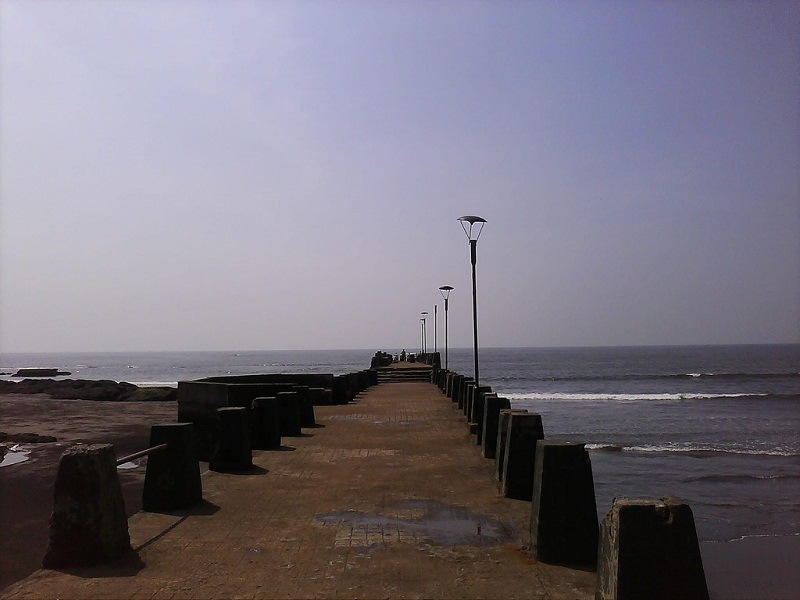 #2 of 20 Places to Visit in Ratnagiri

At a distance of 2 km from Ratnagiri Bus Stand, Mandavi Beach is located in the vicinity of Ratnagiri Town of Maharashtra. This is one of the most crowded beaches in Ratnagiri region.

Mandavi Beach is blessed with beautiful seashore, which extends right up to Rajiwanda Port. This fabulous beach is surrounded by Ratnadurg Fort in the west and the majestic Arabian Sea to the south. The beach is known for its black sand and hence, the beach is often referred to as Black Sea. This beach is also known as Gateway to Ratnagiri, owing to the presence of the bastion situated at the head of the bay.

Mandavi Beach is one of the busiest beaches in Maharashtra, as it is popular among water sports enthusiasts. Mandavi Beach although appears a little unattractive because of the black sand, compared to other beaches, yet it is the most sought after picnic spot in Ratnagiri.

Mandavi also has the Ratnagiri Jetty along with Gateway of Ratnagiri, which is a place for evening hang out. The Gateway of Ratnagiri is a preposterous structure with a slopped roof. The popular belief is that this structure is the work of the Pratinidhi Dhondu Bhaskar. It is a fabulous construction overlooking the majestic Arabian Sea and provides a unique opportunity to walk through the seashore and enjoy the cool breeze that gently flows from the sea.