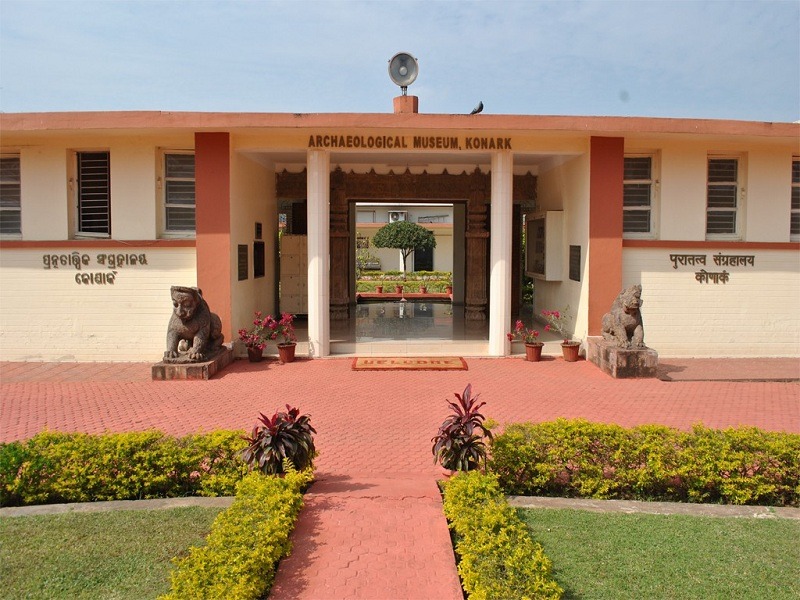 At a distance of 1.5 km from Konark Bus Station, Konark Museum is one of the ancient museums located in the historical town of Konark in Odisha. Situated near the Sun Temple, it is maintained by Archaeological Survey of India and is one of the prominent places to visit in Konark.

The Konark Museum was started in the year 1968 with the purpose of housing the archeological excavations and the fallen sculptures from the Sun Temple. The museum has four galleries displaying 260 various antiquities. The antiquities include various sculptures, paintings, manuscripts and various fallen of parts from the Konark Sun Temple. It is a treasure house for historians and art lovers.

The first gallery of the museum holds 62 antiquities, out of which the image of Surya in sand stone, the Khandolite built reconstructed wheel, various incarnations of Lord Vishnu, etc. are the major attractions. The second gallery has 108 antiquities on display. The reconstructed wall of temple, cult objects like dikpals and celestial nymphs, the head of the crocodile in gigantic nature, the flora and fauna carved on stone, the drummer, etc. are among main display in the gallery. The third gallery of this museum showcases 45 objects like celestial nymphs, image of Surya Narayana, Gaja Vyala, the king with his troop and various erotic figures.