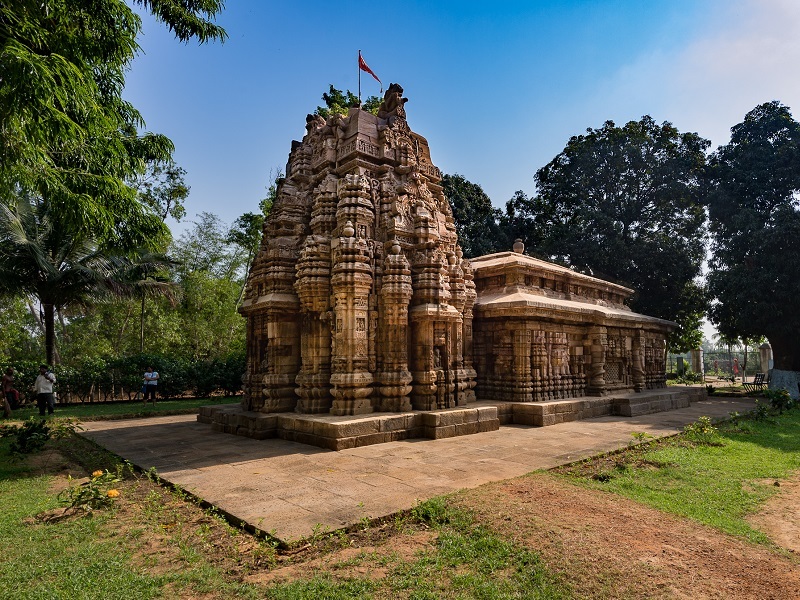 At a distance of 27 km from Konark, Varahi or Barahi Temple is an ancient temple situated at Chaurasi near Konark in Puri district of Odisha. Situated on the banks of Prachi River, it is one of the best places to visit near Konark.

The temple is dedicated to Goddess Varahi. This temple was built in the first quarter of 10th century AD during Somavamsi rule. Locally known as Matsya Varahi, the presiding deity Goddess Varahi sits in lalitasana on a plain platform with her right foot resting on the buffalo mount carved on the pedestal. She is presented as the pot-bellied goddess with the face of a boar. She has two arms and holds a fish in her right hand and a bowl in her left hand. A third eye is tightly engraved into her forehead. Here Barahi is worshipped in accordance with the tantric rituals. Goddess Varahi is offered fish every day.

The Varahi Temple has marvelous architecture and is the most beautiful monument in the Prachi Valley. The temple is east facing and built with sand stone. Spreading over about 2 acres of land, this temple presents a pancharatha type both in plan and construction. The temple is built on a platform devoid of decorations, though the outer walls have elaborate carvings. The shrine is unusually rectangular in shape and the Shikara is a form in the evolution of Kharkhara style, wherein a semi-cylindrical ridge crowns it. A beautiful statue of Lord Surya is installed in the niche. It has a two tiered hipped roof and has 2 latticed windows on either sides of the Jagamohan.

There are varieties of sculptures on the walls depicting various divinities and other aspects of daily life. Scenes from Ramayana such as killing of the illusory deer, the abduction of Sita, killing of Jatayu, the uprooting of seven palm trees, the murder of Vali, and construction of the bridge over the sea are other noteworthy reliefs found on the walls of the temple. Chaurasi is also famous for Amareswar temple and Laxminarayan temple.