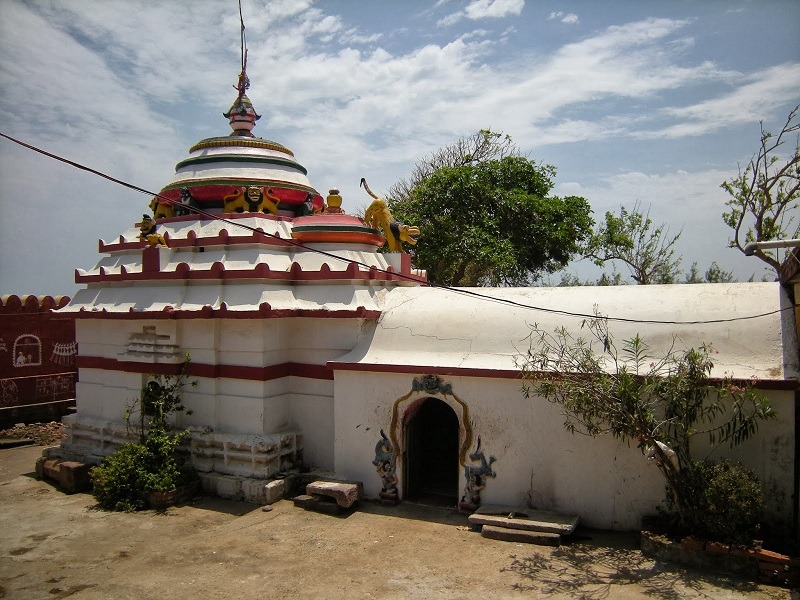 At a distance of 10 km from Konark, Ramachandi Temple is an ancient temple situated on the banks of Kushabhadra River near Konark in Odisha state. Situated on the Marine Drive Road from Konark to Puri, it is one of the popular places of pilgrimage in Odisha.

The temple is dedicated to Goddess Ramachandi, believed to be the main deity of Konark. The temple is even older than the Sun Temple and is one of the most important Sakti Peethas of Orissa. According to legend, Kalapahad, the rebel Hindu Brahmin youth who got converted to Islam, vowed to destroy all the temples of Hindu worship during 17th century. He approached to destroy Ramachandi Temple after destroying Sun Temple. To safeguard the temple, Goddess Ramachandi dressed as a maid and asked Kalapahad to wait at the door till she brings water from the river for the Goddess.

After a long wait, Kalapahad entered the temple and found the throne empty. He thought that the maid took away the deity, so he followed her in anger. On reaching the bank of the Kushabhadra River, he found the Goddess idol floating in the middle of the river and returned back. That very night Mother Ramachandi came in the dreams of a priest and ordered him to build a temple on the banks of the Kushabhadra River.

The temple is a small one half hidden behind picturesque casuarinas plantation. The temple consists of two structures such as Jagamohana and Vimana. It is also having an open flat roof mandapa, recently built in front of the jagamohana. This north facing temple is built in sand stones, laterite and bricks. The idol of Mother Ramachandi is in seated posture on a lotus in the sanctum.

Apart from the temple, Ramachandi Beach situated at the merging point of Kushabhadra River and Bay of Bengal, is another attraction here. The beach is named after Goddess Ramachandi. Covered with golden sands and huge palm trees, the beach is ideal for taking long walks and collecting shells. The beach offers some activities like Sailing, Boating, Swimming and Sun-bathing.