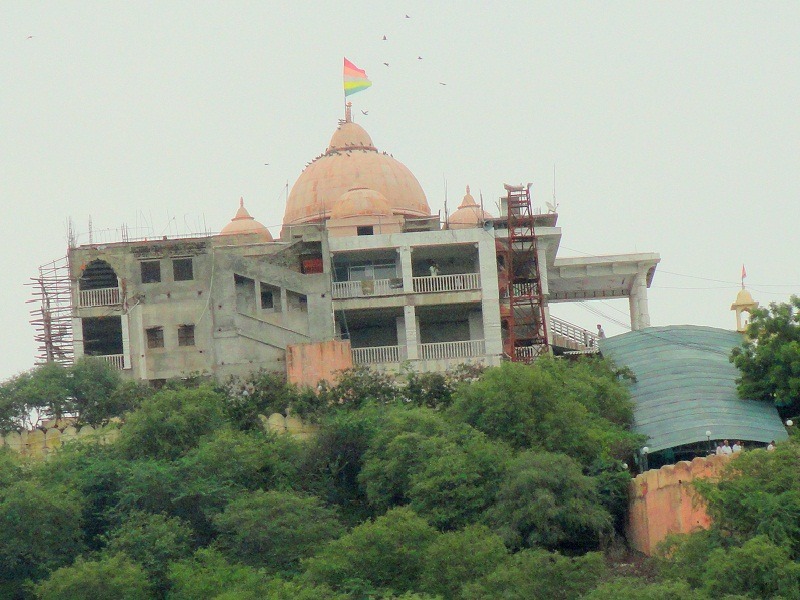 #13 of 14 Places to Visit in Ranthambore National Park

At a distance of 25 km from Sawai Madhopur Railway Station and 33 km from Ranthambore National Park, Chauth Mata Temple is a popular temple situated at Chauth Ka Bharwara in Sawai Madhopur district of Rajasthan.

This ancient temple was built by Maharaja Bhim Singh in 1942 CE. He brought the idol of Chauth Mata from Pachala, 15 km from Bharwara, and placed it atop a hill. Later a temple was built there. Thus the place came to be known as Chauth Ka Bharwara. Chauth Mata is the main deity of the ruler of this region. The Chauth Mata Temple also has a beautiful idol of Lord Ganesha and Lord Bhairav in the main area.

The temple is situated atop a hill with an arch at the entrance known as Toran Dwar. A long flight of steps lead to the temple with imposing Rajput architectural style. It is a double storied temple complex with interior made of marble & tile work with divine motifs on a well decorated panel. The visitors here can see a bird's-eye view of the meadows and the beautiful landscapes.

Since it is situated on a hilltop, the pilgrims will have to climb 700 odd stairs to reach the temple. Festivals like Ganesh Chaturthi attract large number of devotees to the temple. Chauth Mata Mandir is also known for its famous Chauth Mata Mela, which takes place every year on the fourth day of Hindu Month Magha (either January or February). Considered very auspicious among the devotees of Chauth Mata, this 15 day Mela is a heaven for tourists, especially for those who are visiting from out of the country. One can see the true culture and heritage of Rajasthan during this Mela.