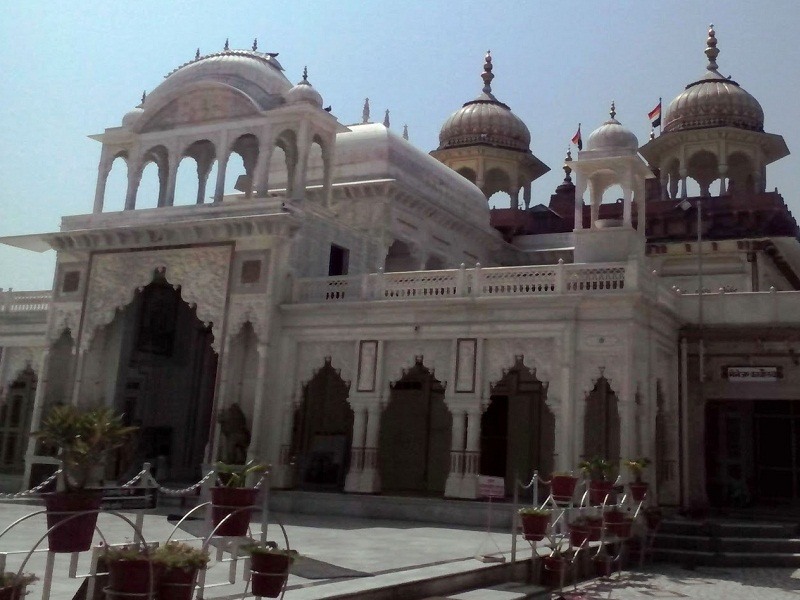 #12 of 14 Places to Visit in Ranthambore National Park

At a distance of 2.5 km from Sawai Madhopur Railway Station and 9.5 km from Ranthambore National Park, Sri Chamatkarji Temple is a Jain temple situated in Rajasthan. It is one of the holiest destinations for the Digambara Jains and also one of the best Ranthambore places to visit.

The Chamatkarji Temple has been named so because several fascinating miracles were linked to its foundation. According to history, this temple belonged to a simple farmer who had found God's idol when he dug up a particular place in the field after being directed by God in his dream. The idol was given over to the Jain Digambaras. The legend further goes to say that the same farmer was again told by God in his dream to place the idol in a chariot and leave it to see where the horse refuses to move further. That place was chosen as the site of the temple. Thus Chamatkar Temple came to be built in Sawai Madhopur.

Sri Chamatkarji Mandir is a huge ancient and beautiful temple decorated with artistic spires and umbrellas. This 400-year-old temple has two altars. The front altar has the dark red stone idol of Lord Padmaprabhu in a sitting position. A few more idols of other Tirthankaras can be seen around this. In the rear altar, a 6-inch high idol of Lord Adinath in padmasana posture is there. One can also see many striking idols of Jain Tirthankaras (24 gurus of Jains) here. It is strongly believed by the thousands of Jain pilgrims who come here every year as part of Ranthambore tour.