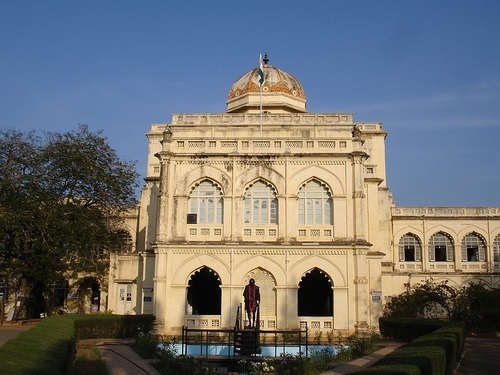 At a distance of 4 km from Madurai Junction Railway Station, Gandhi Museum is a museum situated in Madurai. It is one of the popular museums in Tamilnadu, and among the prime places to visit as part of Madurai tour packages.

The Gandhi Memorial Museum in Madurai was established in 1959 as a tribute to the efforts of our father of the nation, Mahatma Gandhi. It is one of the five great Gandhi Museums in the country which depict the life of the Father of the nation and India's freedom struggle from 1757 until 1947. Located in the heart of Madurai city, the museum is one of the best Madurai places to visit as it houses a wealth of remarkable mementoes associated with Indian history.

The museum building is a former 17th-century palace constructed by Nayak Queen Rani. Gandhi Museum comes under the Peace Museums Worldwide selected by the United Nations Organization (UNO). The galleries of the museum display the chronicles of the pre-independent nation. Special collections include historical stamps of British ruled India and letters written to and by Mahatma Gandhi. The most exciting part of the museum is the sections containing 124 rare photographs of Gandhiji's personal life. It has photographs depicting various stages from his childhood days until being taken to the crematorium. A bloodstained cloth used by him on the day of his assassination is also kept at this museum. The museum is also home to around 100 relics and replicas of artefacts about Gandhiji.