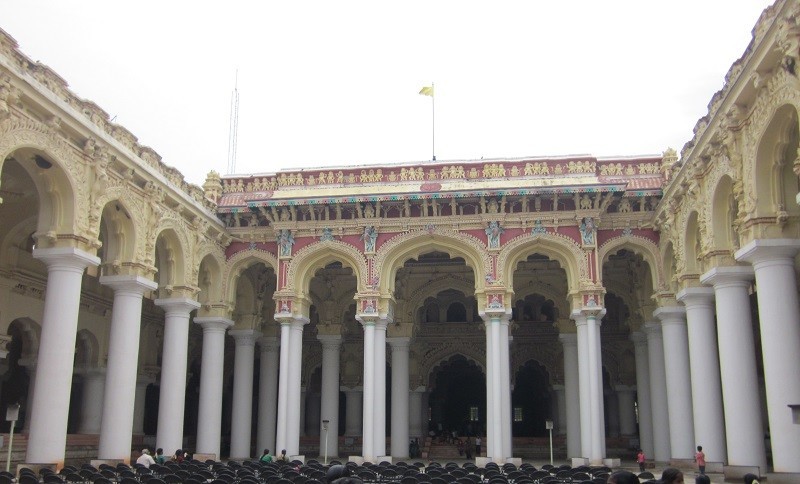 At a distance of 3 km from Madurai Junction Railway Station and 1 km from Meenakshi Temple, Thirumalai Nayak Mahal is an ancient palace situated in Madurai. It is one of the popular places of heritage in Tamilnadu, and among the major Madurai tourist places.

Thirumalai Nayak Mahal was constructed in the Indo-Saracen style by Thirumalai Nayak in the year 1636. After Independence, this palace was declared as a national monument and to date continues to be one of the spectacular monuments of Southern India. It is one of the must include places in Madurai packages. The original palace complex was four times bigger than the present structure. The palace was designed by an Italian architect.

The main palace is divided into two parts, Swargavilasa and Rangavilasa and only the Swargavilasa is survived today. The ceilings are decorated with large paintings showing Shaivite and Vaishnavite themes. The Darbar hall (courtyard) and the Natakasala (dancing hall) carry the original glory and are central attractions for visitors. There are 248 pillars, each 58 feet tall and 5 feet in diameter. It is believed that the Rangavilasa portion of the palace was demolished by Chockanatha Nayak, the grandson of Thirumalai Nayak and the materials were carried to Trichy to build a new palace. There is a throne placed in the Darbar hall which was used by the Nayak rulers.