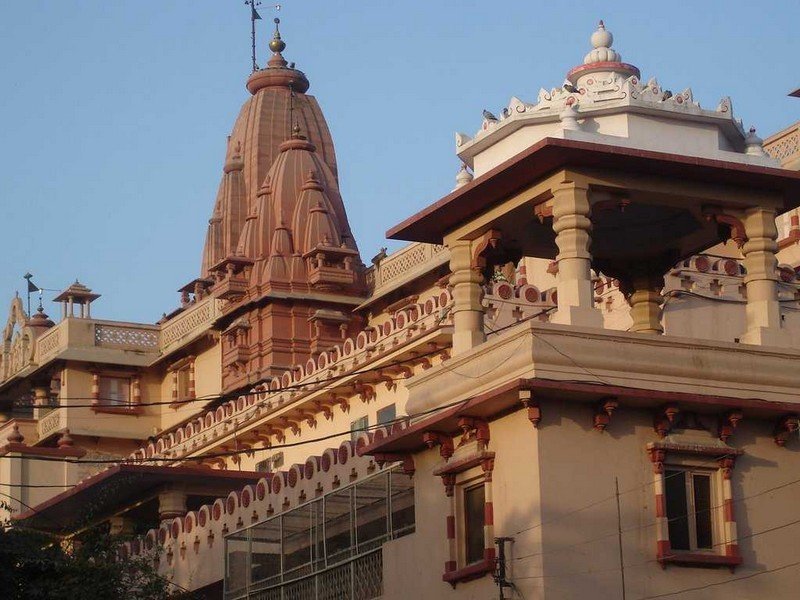 #1 of 8 Places to Visit in Mathura

At a distance of 4 km from Mathura Junction Railway Station, Sri Krishna Janmabhoomi is the most famous temple located in the crowded city of Mathura. The temple is the most important site for the followers of Lord Krishna and Hindus as a whole.

Sri Krishna Janma Bhoomi also known as Katra Keshav Dev temple, is the actual birthplace of Lord Krishna. A bigger temple was constructed to replace the old temple during the reign of Emperor Chandragupta Vikramaditya (4th century CE). This temple used to one of the grandest temples in India until it was destroyed by Ghazni Mahmud in 11th century. In 1150 AD, Jajja during the rule of Vijay Pal Deva rebuilt the temple but the temple was destructed by other Muslim ruler Sikandar Lodi in 16th century. The fourth temple was built during the rule of Mughal emperor Jahangir by Veer Singh Bundela of Orchaa. But it was again destroyed by Aurangzeb in 1669 AD and a mosque named Jami Masjid was built in the place of the temple.

During British rule Madan Mohan Malviya took the land from Raja Krishna das of Banaras. Later on, inspired by him few leading personalities like Jugal Kishore Birla, Jaidayal Dalmia and many others formed a private trust to overtake the construction work on the site and finally the temple was completed in 1965. Presently the temple is headed by Mahant Nrityagopal Das.

According to the legend, King Vasudeva and his wife Devaki were imprisoned by Kansa, the king of Mathura at this place. He imprisoned them due to a prophecy which stated that the king will be killed by his sister's child. The temple is constructed over the prison, which is believed to be the birthplace of Lord Krishna.

The temple here can be divided into three parts - Garbhagriha (actual site of birth), Keshavadeva and the Bhagvata Bhavan. Another temple, dedicated to the Ashthabhuja Ma Yogmaya stands near the entrance of the sanctum sanctorum. The prison cell was gradually turned into the present beautiful temple. The temple shares a common wall with the mosque and devotees have to undergo a security check.

Several artifacts along with utensils, old statues and a rock based slab have been excavated from this site. The artifacts are displayed in a museum near the main temple which is not to be missed. One can also find several shrines dedicated to other Hindu gods in the temple premises.

Lakhs of devotees throng to this temple during Janmashtami. The festivities and celebrations during the festival are famous all over India. Celebrations begin during mid-night with the birth of Bhagwan. Holi and Diwali are also celebrated here with great pomp and fervor.