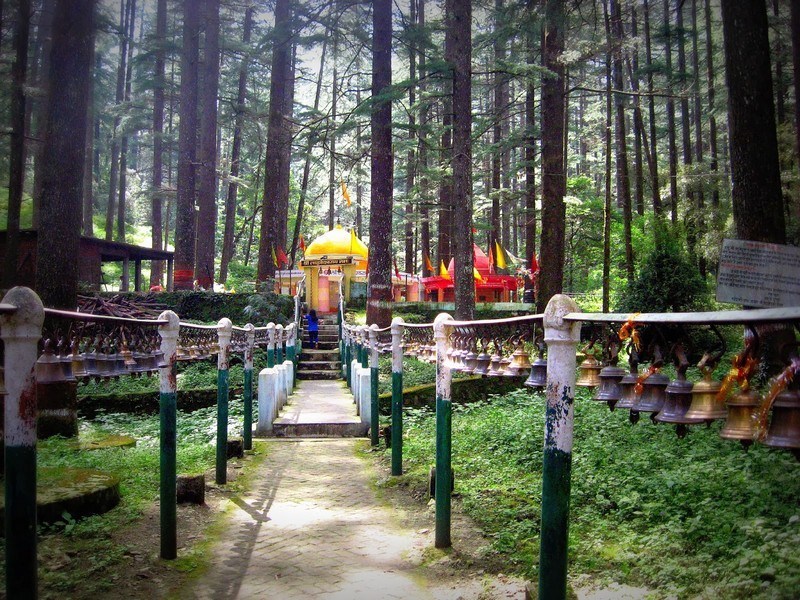 #3 of 9 Places to Visit in Lansdowne

At a distance of 37 km from Lansdowne and 69 km from Kotdwar, Tarkeshwar Mahadev Temple is an ancient temple situated in the Pauri Garhwal district of Uttarakhand. Located atop a hill at an elevation of 2092 m, Tarkeshwar Mahadev Temple is believed to be one of the ancient holy sites known as Siddha Piths dedicated to Lord Shiva. It is one of the famous temples of Uttarakhand state.

According to the legend, Tarkasur was a demon who meditated and worshiped Lord Shiva at this location for a boon. Pleased by his devotion, Lord Shiva gave him a boon of immortality as per Tarkasur request except from Lord Shiva's son. Tarkasur started being evil by killing saints and threatening gods. Sages asked for help from Lord Shiva. Disturbed by wrong doings of Tarkasur, Lord Shiva married Parvati and Kartikeya is born. Kartikeya soon killed Tarkasur but at the time of death Tarkasur makes prayer to Lord Shiva and asked for pardon. Mahadev then attached his name to the temple where Tarkasur meditated once. Hence the place named as Tarkeshwar Mahadev.

The Presiding deity of this temple is Lord Shiva. The temple is located amidst thick forests of Deodar, Cedar and Pine. Earlier there was a Shivling present at the Tarkeshwar Mahadev temple, but now a Lord Shiva idol performing tandava is worshiped. The Shivling in the temple is placed under the idol of the deity. A temple dedicated to Goddess Shakti lies adjacent to the main temple. According to another myth, it is said that Goddess Parvati had transformed herself into 7 deodar trees, in order to provide shade to Lord Shiva and the deodar trees of the region have been originated from these 7 trees. The shape of the deodar grove is believed to be in the form of the letter Om.

There are open pools for bathing, before entering the temple and closed pools for the ladies. There is a kund in the premises, the holy water of which is used for offering to the Shivling, inside the temple. Bells are offered to Lord Shiva on special occasions in the Hindu families such as a wedding or birth of a new born child.

Mahashivaratri is celebrated annually with great pomp and show, and devotees come here in large numbers to offer prayers. The temple is encircled with thousands of bells which are offered by the devotees. There are two dharamshalas for tourist accommodation near the temple.

4 Must Visit Places in Lansdowne 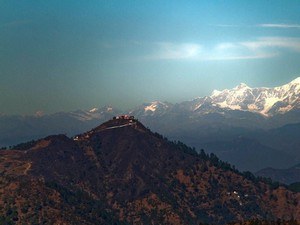 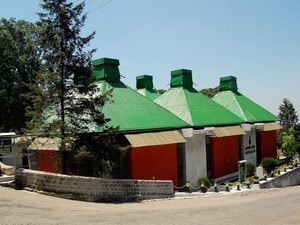 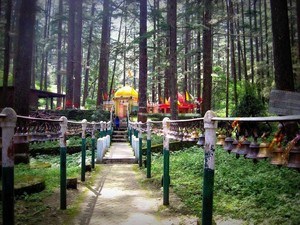 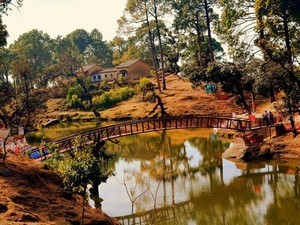 All Places to Visit in Lansdowne
All Lansdowne Tour Packages

Places to Visit in Lansdowne

How to Reach Lansdowne