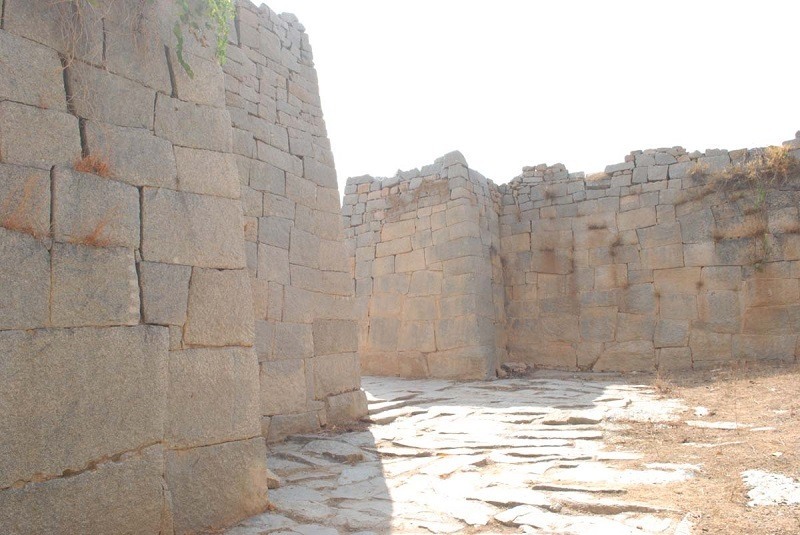 #5 of 8 Places to Visit in Anantapur

According to the history, Rayadurgam Fort was built by Junga Nayaka, a chieftain of Vijayanagar Kings. The Battle of Talikota was a bitter battle fought between Rama Rayalu the son in law of King Sri Krishna Deva Raya and Deccan Sultanates. Later the Muslim force was driven out by Koneti Nayaka. The fort was strengthened to a greater extent by his son Venkatapathi Nayaka. Later Tipu Sultan captured the fort and it was annexed to the province of Gooty.

The Rayadurgam Fort comprises of several layers of inner forts that made the access difficult. The fort played a significant role during the reign of the rulers of the Vijayanagar Empire. The Rayadurgam Fort is one of the chief tourist destinations in Rayadurgam town. Majority of the fort stands strong till date.

A wonderful temple for Lord Ganapathi known as Dhasabhuja Ganapathi Temple has been built in the fort. It was carved out from a 4 m high monolithic stone. There are other temples that are dedicated to Lord Hanuman, Ellamma, Prasanna Venkateswara, Venugopala, Jambukeswara, Veerabhadra and Kanyakaparameswari. Kalyanadurga Fort, Akkamma Konda and Kota konda are some of the famous tourist destinations near the fort.

In the middle of the fort hill, there are four caves with few good carvings.