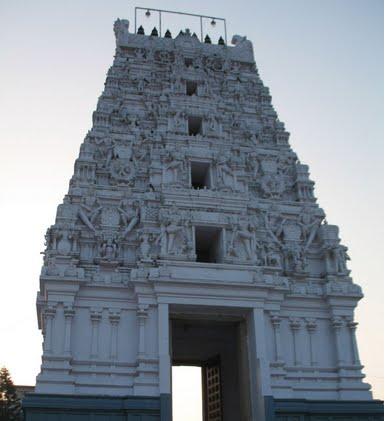 #1 of 11 Places to Visit in Annavaram

At a distance of 2 km from Annavaram Railway Station, Sri Satyanarayana Swamy Temple is situated on Ratnagiri hill. The Ratnagiri hill is about 300 feet above sea level with lot of greenery around and the Pampa River encircling the hill. About 460 stone steps lead to the temple from the bottom of the hill. It is believed that all the wishes of devotees will be fulfilled when Satyanarayana Vratam is performed here.

This temple was constructed in the Dravidian style in the year of 1891 by Raja Ramanarayana, the then zamindar of Gorsa and Kirlampudi estates. It is said that the Lord came into his dream and ordered the temple construction. He traced the idol on the hill, worshipped it and installed it at the present spot. Subsequently the temple was reconstructed during 1933-34 and during 2011-2012. According to history, Sri Krishnadevaraya of Vijayanagara used the secret underground passages in the hills to attack the enemy during his invasion of Kalinga. Alluri Seetharama Raju used the secret quarters in these hill ranges, when he rebelled against the British Rule.

The main temple was constructed in the form of a chariot with four wheels at each of the four corners. In front of the main temple is the kalyana mantapa, constructed and decorated with modern pieces of architecture. The presiding deity of the temple is Lord Veera Venkata Satyanarayana Swamy. The name of the Goddess is Ananta Lakshmi Satyavathi Devi. According to legend, Meru, the Lord of the hills and his consort Menaka did great penance and got two sons Bhadra and Ratnakara by the grace of Lord Vishnu. Bhadra pleased Lord Vishnu with his devotion and penance, became Bhadrachalam on which Lord Sri Rama had settled. Ratnakara desired to emulate his brother and succeeded in pleasing Lord Vishnu by his penance to settle on him as Veera Venkata Satyanarayana Swamy, Ratnakara subsequently became Ratnagiri hill.

The temple is constructed in two floors; the ground floor contains the yantra and the peetham of the Lord. On the four sides of the yantra there are four deities namely Ganapati, Suryanarayana, Bala Tripurasundari and Maheswara. In the 1st floor the Moola virat of Lord Satyanarayana swamy is placed in the center, the image of Goddess Anantha Lakshmi is situated towards his right side and Lord Shiva on the left. The 13 ft idol of Trimurthis - Brahma, Vishnu and Siva is unique attraction.

1 Must Visit Places in Annavaram 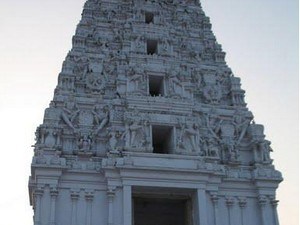 All Places to Visit in Annavaram
All Annavaram Tour Packages

Places to Visit in Annavaram

How to Reach Annavaram