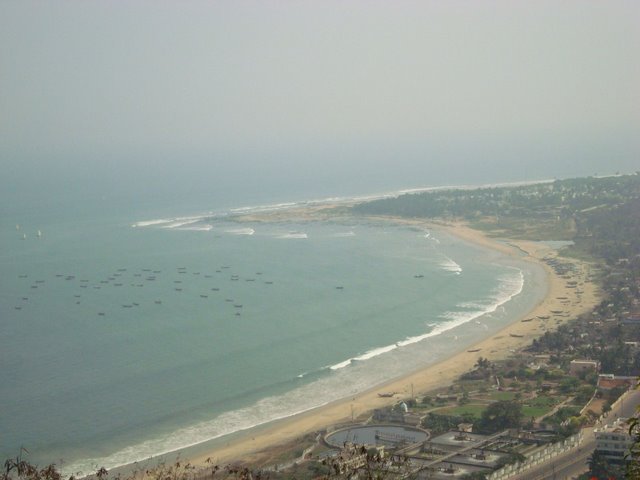 At a distance of 602 km from Hyderabad, 355 km from Vijayawada, 168 km from Kakinada, 203 km from Rajahmundry and 444 km from Bhubaneswar, Visakhapatnam (also called Vizag) is a coastal & port city in the state of Andhra Pradesh, located on the shores of Bay of Bengal. It is the headquarters of Visakhapatnam district and is the base for Eastern Naval Command of the Indian Navy. Vizag is also one of the top places to experience Andhra Pradesh tourism.

The city of Vizag, as Visakhapatnam is popularly called, derives its name from the Hindu God of valour, Visakha. The city is located beautifully among the hills of the Eastern Ghats with facing towards the Bay of Bengal. According to the Archaeological records, Visakhapatnam was built by Kulotunga Chola between the 11th and 12th centuries AD. Kailasagiri, Rama Krishna Beach and Rishikonda Beach are among the must include places in your Vizag tour packages.

The religious Hindu texts mention that the region of Visakhapatnam in the 5th century BC was part of the vast Kalinga territory which extended up to River Godavari. The relics found in the area also prove the existence of a Buddhist empire in the region. Kalinga later lost the territory to King Ashoka in the bloodiest battle of the time which prompted him to embrace Buddhism. The city was also under the rulers of Chalukya, Pallava,Vengi, Chola and the Gajapathi dynasty. The Mughals ruled this area under the Hyderabad Nizam in the late 15th and early 16th century. The port of Vizag played a very crucial role for the East India Company during the rule of the British.

Visakhapatnam is the largest city of Andhra Pradesh with around 2 million population and spread over 550 sq. km. It is an industrial city and one of the major tourist destinations in the state of Andhra Pradesh. The city is home to several state owned heavy industries; one of the most advanced steel plants and one of the country's largest ports & shipyard are located here. It is the only natural harbor on the eastern coast of India.

The best time to visit Vizag is from November to February. Usually it takes 2-3 days to visit all the places in and around Vizag.

How to Reach Vizag - Full Details

Top 10 Places to Visit in Vizag

At a distance of 9 km from Vizag Railway Station, Kailasagiri is a charming hill on the seafront at an altitude of 130 meters. Kailasagiri is one of the prime attractions in Vizag city.

Spread over an area of 350 acres, it is one of the most attractive tourist spots in Vizag with an enchanting view of the sea, beaches, lush green forests and the beautiful city. The major attraction of the park is Lord Shiva Parvathi statue. At the base of Lord Shiva's statue, there is a stream that flows all the way to the foot of the hill. The hilltop also has many wonderful attractions like the Titanic viewpoint, floral clock, Shanku-Chakra Namas of Lord Venkateswara, Gliding point, Jungle Trails, Manicured lawns, Art gallery & Children Park. The floral clock on Kailasagiri is one of the biggest in India with a diameter of 10 ft.

A number of amazing viewpoints are developed all around the hilltop. One more major attraction is the toy train operated on top of the hill which takes a circular .....

This beach occupying large parts of the seafront is a great spot to spend time leisurely. The RK Beach was jointly developed by the Municipal Corporation of Visakhapatnam (MCV) and the Visakhapatnam Urban Development Authority (VUDA). The Submarine Museum, Visakha museum, Sri Ramakrishna Mission Ashram, an aquarium, Kali Temple, statues of prominent personalities, road side restaurants and parks are added attractions of RK beach. The beach is best known for the INS Kursura Submarine Museum, which preserves the Kalvari class submarine. The war memorial called 'Victory at Sea' at the shore of the beach was constructed as homage to soldiers .....

The lovely Rishikonda Beach here with golden sands and vast stretch of water is considered the best beach in Vizag. The unspoiled beauty of the beach is its main attraction and offers a unique opportunity to relax and enjoy the golden sands, palm trees and cool breeze. The beach is a haven for watersports lovers and one can enjoy water skiing, speed boating, sunbathing, wind surfing and swimming.

The Rishikonda Beach is the best site for the swimmers. The waves at the beach are peaceful compared to RK Beach. But a sudden increase .....

At a distance of 6 km from Vizag Railway Station, the Submarine Museum situated on RK Beach is a Russian built submarine of the Indian Navy (INS Kurusura) turned to a museum in 2001. Submarine Museum is one of the prime attractions of Vizag city.

The Submarine Museum is the first submarine tuned to a museum in the whole of Asia and second in the World. INS Kurusura Submarine is a Soviet built I-641 class Submarine inducted into the Indian Navy on 18, December 1969 and the same was decommissioned on 28, February 2001 after 31 years of glorious service to the nation. The Submarine was brought from the sea to the sands of the Ramakrishna Beach and positioned on concrete foundation to set up as a museum. It has been established with the aim to create awareness among the public to know how the submarines work during wartime and for showcasing the life inside the submarine, etc.

The tourism department of Visakhapatnam looks after the maintenance of the INS Kurusura Submarine. The .....

At a distance of 32 km from Vizag Railway Station, 377 km from Vijayawada, 227 km from Rajahmundry & 628 km from Hyderabad, Bheemunipatnam popularly known as Bheemili is famous for a picturesque beach. It is located at the mouth of the river Gosthani which merges with Bay of Bengal at Bheemunipatnam.

The beach is known for its soft golden sand, blue water and unspoiled beach front. A concrete pathway too has been laid along the beach to hold statues of Buddha, Five Pandavas and a dinosaur. The beach is considered to be safe for swimming. It is an ideal place for nature lovers and adventurers. The beach is famous for several water sports like snorkeling, scuba diving, swimming and water-skiing. Boating facility is also available here.

Bheemili beach provides a beautiful seafront to the fishing town of Bheemunipatnam, one of the oldest municipalities in India and is dotted with thatched cottages and ancient Dutch bungalows that are .....

At a distance of 9 Kms from Vizag Railway Station, Indira Gandhi Zoological Park is stretched over 635 acres of land.

The zoo houses around 80 species of birds and animals and is one of the largest Zoo Parks in Andhra Pradesh. The park has different enclosures for primates, carnivores, lesser carnivores, small mammals and birds close to their natural habitats. The wildlife variety ranges from common langur, mandrills, olive baboons, wolves, jackals to Himalayan black bear, terrapins, water monitor Lizards, crocodile and hippopotamus. The zoo encloses varied collection of birds.

At a distance of 4 Kms from Vizag Railway Station, The Kali Temple located near RK Beach is a modern architectural and main pilgrimage attacking of the city.

Constructed in 1984, this shrine of the goddess of power (Shakti) is famous for its splendid architecture depicting tall pillars, arches and minarets. Adjacent to the Kali temple there is another temple dedicated to Lord Siva. The uniqueness of Siva Temple is its 'rasalinga' which is made of a single stone.

At a distance of 5 Kms from Vizag Railway Station, Sri Venkateswara Swamy Konda on the south of the line of three hills is famous for a temple dedicated to Lord Venkateswara. It is believed to have been built by a European Captain Blackmoor in 1866, according to the Telugu inscriptions. This temple has a small steeply pyramidal entrance gopura. The port channel, the entrance of the inner harbor for ships and liners can be seen from here.

At a distance of 65 Kms from Vizag, 55 Kms from Araku & 632 Kms from Hyderabad, the Tatipudi Reservoir is located near Srungavarapukoda (also called S Kota) town situated between Vizag and Araku Valley in Vizianagaram district.

The Reservoir was built in 1963 across River Gosthani to provide drinking water facility to the Vizag City. This location is very beautiful with lush green mountains on all the sides. Boating facility is available. Several migrant birds make this reservoir their home in the months of April/May.

The Reservoir is about 10 Kms from S Kota and can be reached via Kothavooru and Krishnapuram (while coming from Vizag), or via Tennuboddavara and Tadupudi village (while coming from Araku). Private vehicles can be hired by S Kota town to reach this place.

This place can be visited while going to Araku or during return to Vizag with 1-2 Hours additional effort .....