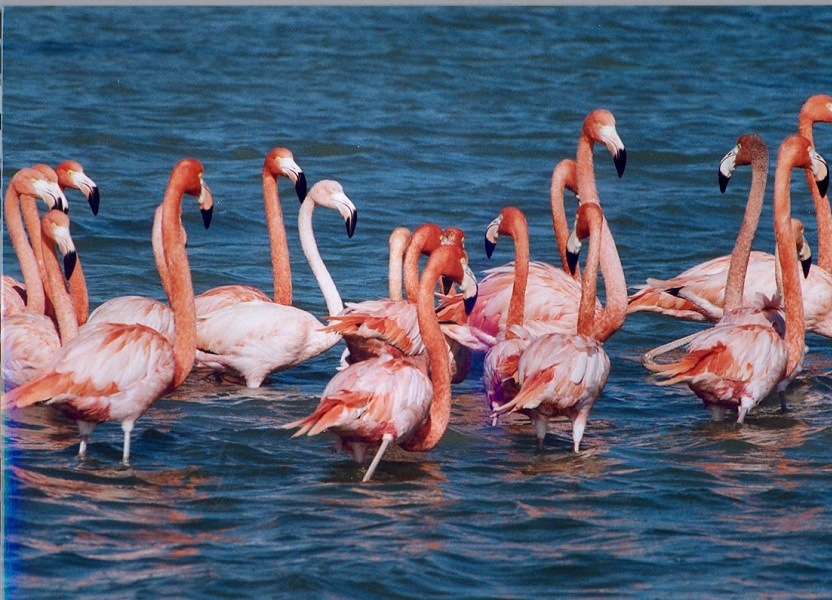 At a distance of 41 km from Sanand and 69 km from Ahmedabad, Nalsarovar Bird Sanctuary is a protected bird sanctuary situated at Nalsarovar village in Gujarat. Nalsarovar is one of the largest wetland bird sanctuaries in India, and among the prime attractions of Ahmedabad sightseeing packages.

The Nalsarovar Lake and the wetlands around it were declared as a bird sanctuary in 1969. Covering an area of 120.82 Sq.km, it is a serene marshland with shallow waters which contains 36 small islands. It has been identified as one of the 15 important wetlands of India by the National Committee on Wetlands for intensive conservation. Lying in an area between Central Gujarat and East Saurashtra, it represents a sea link that once existed between the Little Rann and the Gulf of Khambat. The lake gets filled with water that drains from the adjoining Surendranagar and Ahmedabad districts in the monsoon.

The best time to visit Nalsarovar is in winter between November & February. However, migratory birds start arriving in October and stay until April but their population reaches its peak in mid-winter. There is also an information center in the sanctuary which gives details of migratory birds and Nalsarovar. One can hire country boats on the lake for bird watching, and picnic at shacks on the islands.