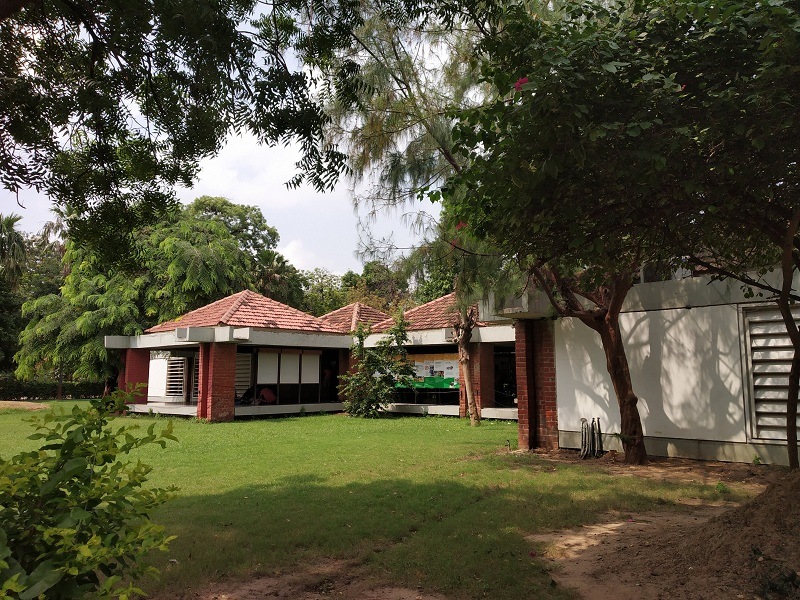 #1 of 24 Places to Visit in Ahmedabad

At a distance of 8 km from Ahmedabad Junction, Sabarmati Ashram, also known as Gandhi Ashram is located in the Sabarmati suburb of Ahmedabad. Situated on the banks of the River Sabarmati, it is one of the prime Ahmedabad places to visit.

Formerly known as Satyagraha Ashram, the Sabarmati Ashram was established by Mahatma Gandhi in the year 1915 at the Kocharab Bungalow of Jivanlal Desai, a barrister friend of Gandhi. Later on, it was shifted to the banks of Sabarmati River and then it came to be known as 'Sabarmati Ashram'. This was one of the residences of Gandhi, who lived here with his wife, Kasturba Gandhi from 1917 to 1930 CE.

The ashram was served as one of the main centers of the Indian freedom struggle. Gandhiji led the Dandi March or the Salt Satyagraha from this Ashram on 12th March 1930 and had taken a vow that he will not return to Sabarmati Ashram until India gained independence. In gratitude of the substantial impact, Dandi March had on the Indian independence movement, the Indian government has recognized the Ashram as a national monument.

Today it serves as a source of inspiration, guidance, and stands as a monument to Gandhi's life mission and a testimony to others who have fought a similar struggle. The main section of the Ashram is the Gandhi Smarak Sangrahalaya which is a pictorial museum. In 1963, architect Charles Correa designed and built the museum. Along with the museum, this ashram houses a library, auditorium, and photo galleries depicting the life of Mahatma Gandhi. One can also see archives of letters written by Gandhi, manuscripts of his articles, and films based on India's freedom struggle here while part of Ahmedabad tour. The library of the Ashram holds a collection of 35,000 books, all of which are based on the life of Mahatma Gandhi and the Indian freedom movement.

Visitors can explore the ashram in the 90 minutes guided tour that is organized by the Ashram trust. The tour starts with the slide show and takes the tourists to various parts of the ashram like Magan Niwas, Upasana Mandir, Hriday Kunj, and Vinoba-Mira Kutir. Other parts like Nandini, Udyog Mandir, Somnath Chattralaya, Teacher's Niwas, and Gandhi in Ahmedabad can also be visited. The 90 minutes long tour ends after visiting Painting Gallery, 'My life is my message', and Library and Archives.