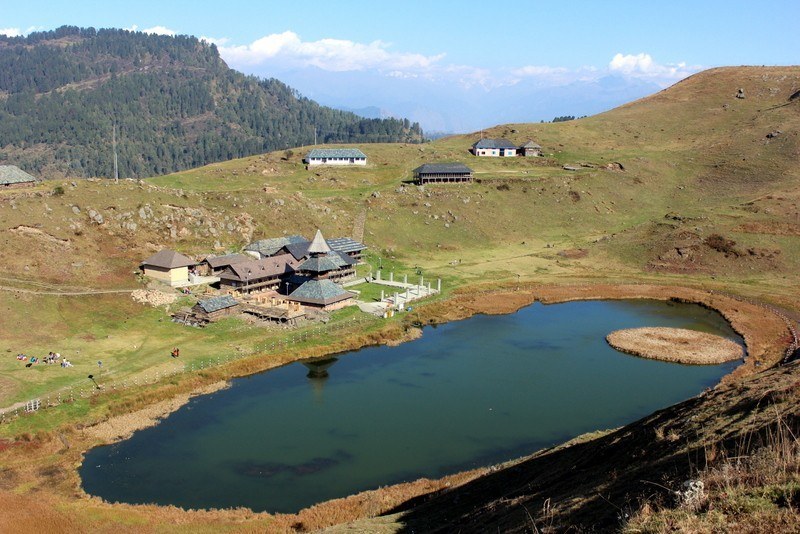 Travel Tips: This place has road facility along with two trekking trails.

At a distance of 65 km from Kullu, 51 km from Mandi and 103 km from Manali, Prashar Lake is a beautiful lake situated at an altitude of 2730 m in Mandi district.

Prashar Lake with blue and clear waters is held sacred to the sage Prashar and he is regarded to have meditated there. It is one of the top trails for trekking in Himachal Pradesh. An interesting thing about Parashar Lake is its floating circular island that keeps changing its position. This lake is fed by small mountain streams. Along the lake is a three storied temple dedicated to sage Prashar. Parashar is said to be the grandson of famous sage Vashishta. Locally known as Deu Padasar, it is said Parashar came to this spot and struck his axe, leading to water springing out of the ground. This water spring later filled the bowl like depression in the ridge to form what is currently known as Parashar Lake. Bansen, the King of Mandi built this temple in 14th century. The temple is in pagoda style with elaborate carvings of serpents and animals.

During June 2nd week every year, a three day festival is organized. The temple complex has a dormitory facility as well.

Best time to visit the Prashar Lake is April- July and October-November.