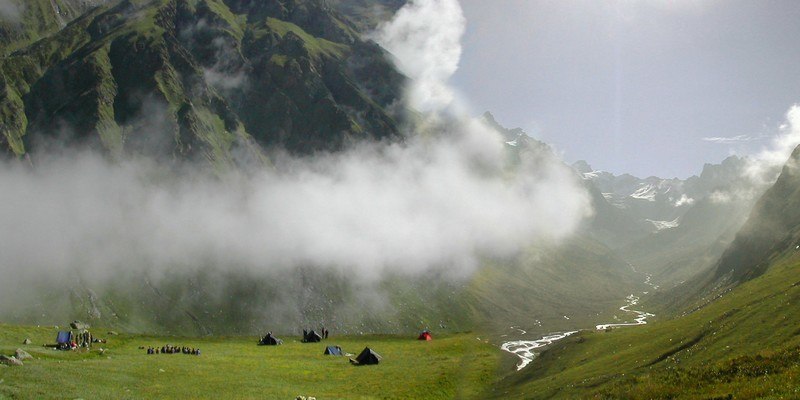 At a distance of 75 km from Kullu, 63 km from Bhuntar, 113 km from Manali and 14 km from Gushaini, The Great Himalayan National Park (GHNP) is spread across Parvati valley, Thirthan valley, Sainj valley & Jiwa Nal valley of Kullu region. In June 2014, the Park was declared as UNESCO World Heritage Site.

The Great Himalayan National Park is one of best national parks in India and also one of the best Places to visit in Himachal state. The park was established in 1984 and is spread over an area of 754 sq km at an altitude varying between 1500 to 6000 m. GHNP was formally declared a national park in 1999. The GHNP is situated adjacent Pin Valley National Park, Rupi-Bhaba Wildlife Sanctuary and the Tirthan and Sainj Wildlife Sanctuaries, making it one of the biggest areas for wildlife conservation in the whole Himalayan range.

The Park is habitat to numerous flora and more than 375 fauna species including approximately 31 species of mammals and 181 species of birds. More than 15,000 residents of 160 villages in the buffer zone are dependent on GHNP's natural resources. The fauna of the park includes some of the most exotic species of animals like snow leopard, blue sheep, Himalayan brown bear, Himalayan tahr, musk deer, goral and many others. The bird species found in GHNP include golden eagles, Himalayan griffon vultures, lammergeyers, raptors, etc.

GHNP offers limited accommodation options. There are 14 guesthouses inside the park with basic facilities, which can be used for shelter after getting required permission from the park officials. Forest guest houses are also available at Aut, Sainj, Sairopa, Banjar and Shangarh. Visitors are advised to carry tents if they intend to stay inside the GHNP.

Entry to this protected region is by permits, which can be obtained either from the Director's Headquarter at Shamshi or from the range officers stationed at Sairopa, Banjar and Sainj. Guides are provided by the authorities and a token fee is charged as entry fee.

This Park is best visited between April-June and September-October. Not suggested visiting in monsoons (July to Aug) due to heavy rains and in peak winter (Dec to Feb) as there will be heavy snow fall.