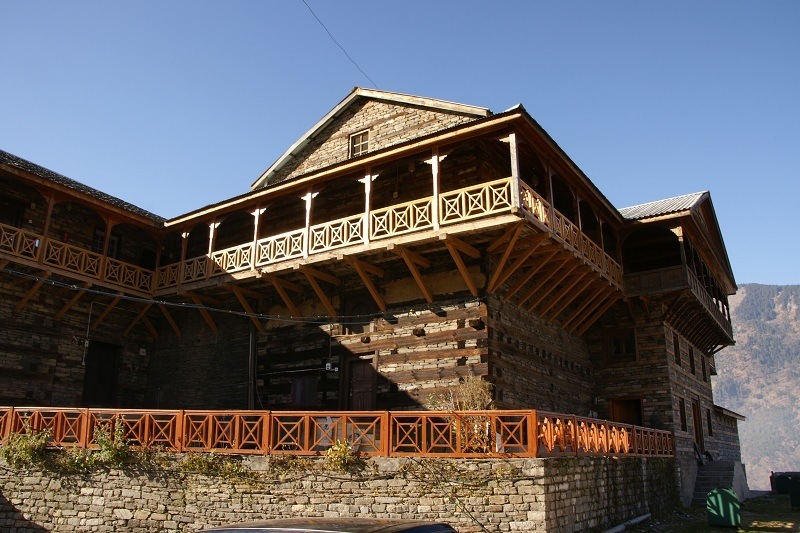 At a distance of 20 km from Manali Bus Stand and 22 km from the Kullu Bus Stand, The Naggar Castle is a famous castle located in Naggar. It is one of the best places to visit in Manali. The Castle overlooks the Kullu Valley. From the castle one could see the far off snow-covered peaks, the delightful Beas valley below and the lush green hill sides dotted with apple orchards. This is another popular attraction not to miss in a Manali tour package.

The Naggar Castle was used as a Royal residence and state head quarter until the British took over the whole Kangra and Kullu from Sikh's in 1846. Raja Gyan Singh sold it to the first assistant commissioner, Major Hay for a Gun. The northern wing of the castle was later converted to the European way of living by putting in staircase, fire place and chimneys. He later sold it to the Government when it was used as a courthouse. In 1947, with the departure of the British the court-activity ceased.

In the year 1978, the castle was converted into a rest house and more recently into a heritage hotel that is run by Himachal Pradesh Tourism Development Corporation (HPTDC). The Naggar Castle has been recently renovated while keeping its heritage structure intact.

There are three small shrines present within the premises that hold religious significance. Here, a gallery houses the paintings of the Russian artist Nicholas Roerich.