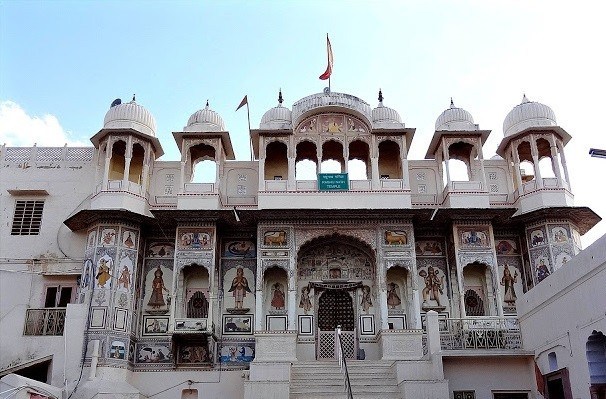 Dedicated to Lord Rama, this temple was built in the 17th century by Raja Jagat Singh of Kullu. The idol is said to be the same which was used by Lord Rama himself at the time of Ashwamedha Yagna and was brought from Tretnath temple of Ayodhya.

According to the folklore, Raja Jagat Singh was held responsible for the death of a Brahmin family residing in the village of Tipri. It is said that the king had ordered his soldiers to go to Brahmin family and fetch their pearls. The Brahmin set fire to his own house and this led to his death along with his family. The king sought the help and advice of a saint Shri Kishan Dass ji, who lived at Naggar. As per his advice, Jagat Singh embraced Vaishnavism and fetched the idol of Lord Rama from the holy city of Ayodhya. This idol was installed at Raghunathji temple and is visited by devotees across the year.

Dusshehra is the most important festival of this temple and it is celebrated in October / November. This festival marks the victory of good over evil. The celebrations include burning the statue of the demon king Ravana. The idol of Rama is taken in a chariot to Dussehra ground where the idols of Gods from different villages in Kullu valley gather.

Best Time to visit this temple is from May to October.