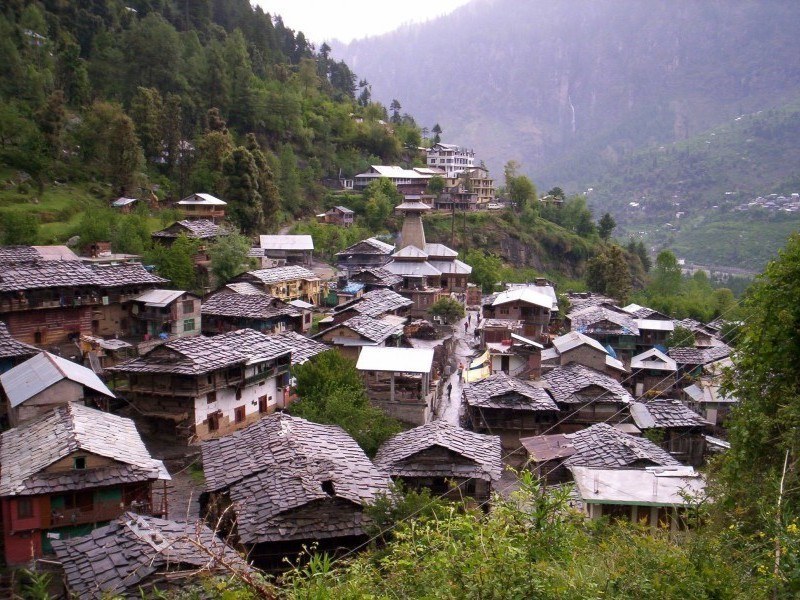 At a distance of 48 km from Kullu, 29 km from Manikaran and 88 km from Manali, Jamula Temple is located in Malana village in Parvati valley. Malana is believed to be founded by descendents of Alexander the Great's Army.

The Jamula Temple is an ancient temple dedicated to a sage called Jamula Rishi. In ancient days, a sage named Jamlu Rishi lived in Malana. It is believed that the rules and regulations made by Sage Jamlu are still followed by the local people of this village, who belong to Gaddi tribe. They worship Jamlu Rishi as Jamlu Devta, a powerful deity. Visitors are requested not to touch the walls, houses in Malana as people here believe that it will make the place impure. Legend says that the sage was in search of a proper place to meditate. During his search, he carried a bag of 18 pictures of different gods with him. At some point in his hunt, the pictures fell from his bag and spread all across the Beas Valley. The 18 different places, where the pictures supposedly fell, became holy sites for the locals.

The temple also serves as a court for resolving disputes of the Malana village. All sorts of disputes are solved by eleven Malana members, who are treated as the delegates of Jamlu Devta. The decision made by these members is vital and no suggestions are taken by any outsider or authority. It is located in the uphill region of the Parvati Valley because of which visitors need to trek to reach the temple. Owing to its picturesque location and religious importance, this temple is counted amongst the major tourist attractions of the region.

After 45 km by road from Kullu, visitors have to trek for 3 km (one hour each way) to reach this place. Malana is connected to the Kullu valley by 2 mountain passes. It can be reached from Parvati Valley, Manikaran after a 10-hour trek over the 3180 m high Rasol Pass or from Naggar over the 3600 m high beautiful Chandrakhani Pass, which is a two-day trek. The easiest and shortest way to reach Malana is from the village Jari which is 3 km from Malana and connected to Kullu by road.