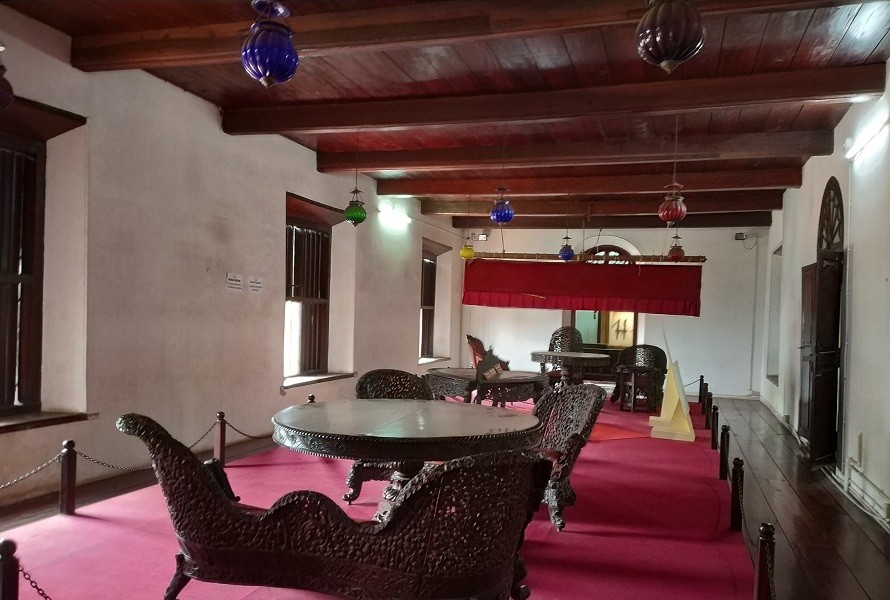 At a distance of 3 km from Kannur Railway Station, Arakkal Museum is a museum situated in Ayyikkara locality of Kannur city in Kerala. It is one of the popular museums in Kerala and among the prime Kannur tourist places.

The Arakkal Museum in Kannur is dedicated to the Arakkal family, the only Muslim royal family in Kerala, India. The museum is previously a part of the palace of the Arakkal royal family. The durbar hall section of the palace, which was once the official venue of gatherings for the kings and their nobles, has been converted into a museum by the Government of Kerala in 2005 and is managed by the Arakkal Family Trust.

This museum is a true testimony to the impeccable Muslim architecture and design. The palace complex called Kettu is an interconnected long block around a large open ground used for offering prayers or namaz. Built predominantly of laterite and wood exhibiting traits of local architecture, this two-storied edifice has four mosques around the main palace block. The upper floor of the museum has double-height ceilings and extremely wide hallways. The windows here are unique as they are tainted in shades of blue and red, providing a colorful display of light inside.

The museum exhibits artifacts and heirlooms of the royal family which include the family seal, the pathayam which was used to store food grains, a wooden box used to keep documents, and so on. Swords, daggers, and other weapons used by the Arakkal Kings, an old type of telephone, along with copies of the Quran are also exhibited here. Apart from these, there are also many exhibits at the museum that will give you a glimpse into the spice trade and maritime activities of that time as part of Kannur packages.