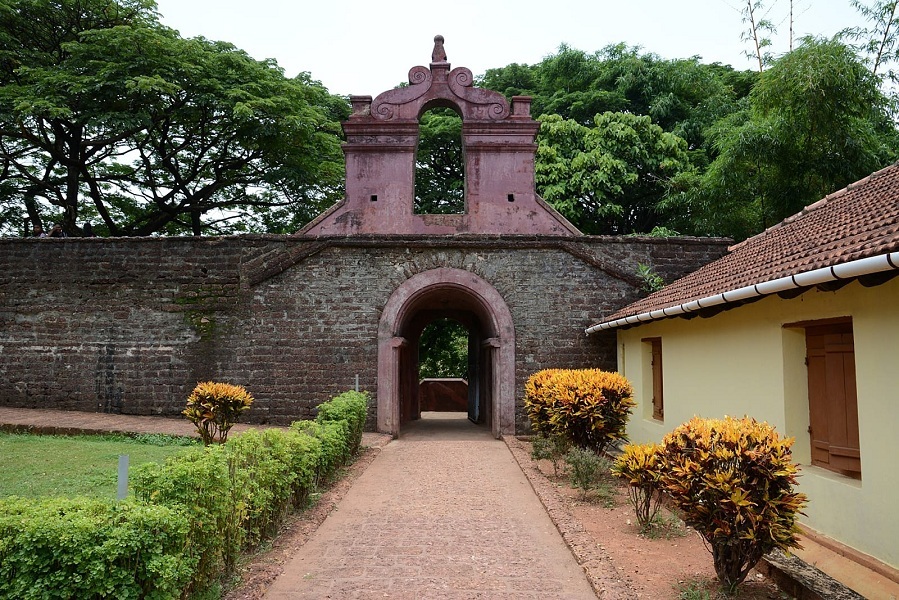 At a distance of 22 km from Kannur, Thalassery Fort is a historical fort situated at Thalassery town in Kannur district of Kerala. Maintained by the Archaeological Survey of India, it is one of the historical monuments in Kerala and among the must visit places as part of Kannur Packages.

Stands on a rocky cliff, right on the Thalasseri Beach, Thalassery Fort is a formidable historical monument established by the British as a testimony to the might of the imperial rulers. The East India Company authorities came to Thalassery in 1683 and opened a factory here to store spices and other items for trades. In order to safe guard their trade activities they build a fort around the factory on a small hill called Tiruvellapadkunnu in 1700 CE with the support of the Kolathiri Raja and was strengthened in 1708. The fort became a strategic center for the British military activities from 1776 AD to 1784 AD. The fort was used against the rebellion of Pazhassi Raja by Lord Wellesley. In 1781 CE, Hyder Ali, the King of Mysore tried to conquer the fort but was unsuccessful.

Also known as Thallicherry Fort, the square shaped fort has huge walls and intricately carved doors. The foundation of the fort comprises laterite blocks and loop holed walls that are supported by strong bastions. The huge entrance at the top of a giant wall is decorated with mural paintings that date back to the 18th century. The information gallery inside the fort exhibits pictures of burial caves, monuments, forts and ancient paintings. Another unique feature of the fort is the underground chamber, which is believed to be the minting godown for the coins of East India Company. Also inside the fort there is a tunnel connected to the sea (now it is closed) and an old light house.

Odathil Palli which is an old mosque, Jagannatha temple and Thiruvangadi Sri Rama Swami Temple are some other attractions located nearby the fort.