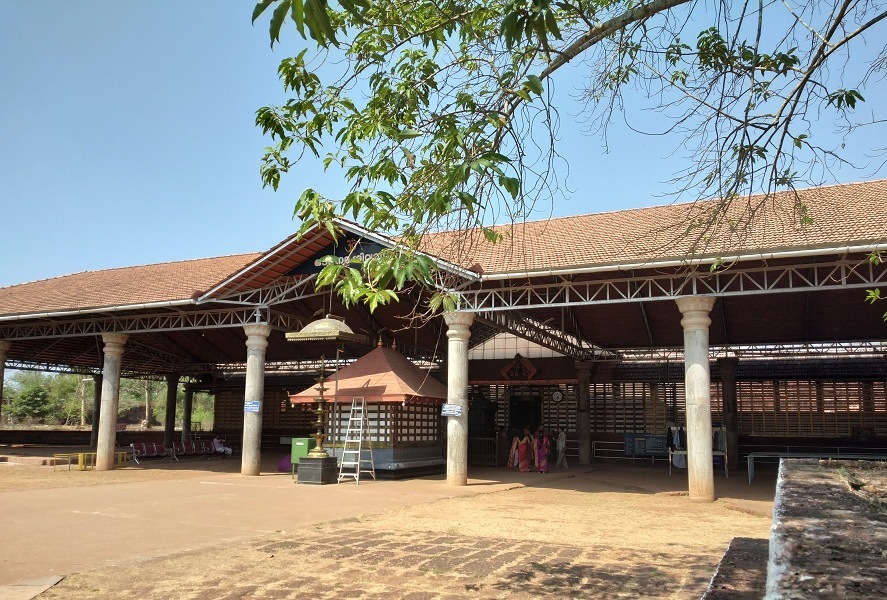 At a distance of 20 km from Payyanur, 23 km from Kannur, and 60 km from Bekal, Sri Rajarajeswara Temple is a Hindu temple situated at Taliparamba town in the Kannur district of Kerala. It is one of the historical temples in Kerala, and among the must-visit places during your Kannur tour.

Dedicated to Lord Shiva, the temple is regarded as one of the 108 ancient Shiva temples in Kerala built by Parashurama. According to the inscription on the structure of the temple tank, the temple and the tank were renovated in 1524 AD by the king named Sathasoma Raja who belonged to Mooshika Vamsa (Kolathiri dynasty). The Shivalingam in the sanctum is considered to be one of the Jyotirlingas and is worshipped here as Rajarajeswara, the Emperor of Emperors, Perumthrikovilappan, Perumchellurappan, or Thampuran.

Taliparamba is regarded as one of the ancient Shakti Peethams as it is believed to be the place where the head of Goddess Sati fell after Shiva's tandavam following Sati's self-immolation. The Shivalingam here is believed to be several thousands of years old. According to the legend, Lord Shiva gave three sacred Shivalingas to Sati for worship. But when sage Maandhata, propitiated Goddess Parvathi with intense prayers, Parvathi presented one of the Shiva Lingas to him with the condition that it should be installed only at a place where there was no cremation ground. The sage, after searching all over, found Taliparamba the most ideal spot. After his death, the Linga disappeared into the earth. Then his son Muchukunda offered similar prayers to Goddess and got a second Shiva Linga, which too disappeared in course of time. The third Shiva Linga was handed down to Sathasoman, a king of the Kolathiri dynasty. The king installed it in the present temple built by him.

Regarded as one of the major places to visit in Kannur, Sri Rajarajeswara Temple is located in a very spacious compound of about six acres surrounded by a compound wall with two gopurams, located on the eastern and western sides. The sanctum sanctorum with its majestic proportions is a fine example of the traditional architectural style of Kerala. The two-tiered sanctum sanctorum is rectangular in shape and has a Namaskara Mandapam in front of it. Nobody is allowed to prostrate before the lord on the Namaskara Mandapam as a mark of respect to Lord Rama, who offered prayers here on his return to Ayodhya from Lanka. On the west side of the sanctum sanctorum is the seat of Divine Mother Parvathi, the consort of Lord Shiva. The temple has no flagstaff, unlike other Kerala temples.

The temple has a prominent place amongst the numerous Shiva temples in South India having the tallest shikara amongst all the temples of its time. A prasna is organized in the temple which is an ancient method of astrological decision making whenever there is a problem encountered in any of the other temples in South India. The Prasna takes place on the peedha just outside it.

The temple is known for its unique customs and rituals. One such custom is the entry of women post the Athazha Pooja or the night worship which happens around 7.15 PM. It is believed that after the Athazha Pooja, Shiva is in a state where he is very pleased and in gracious temper, accompanied by his consort Parvathi. While men are allowed to enter the shrine any time. Generally Mondays are considered as important days to worship Shiva, but here it is Wednesday. There are no annual festivals held here and the deity is never taken outside the premises of the temple.