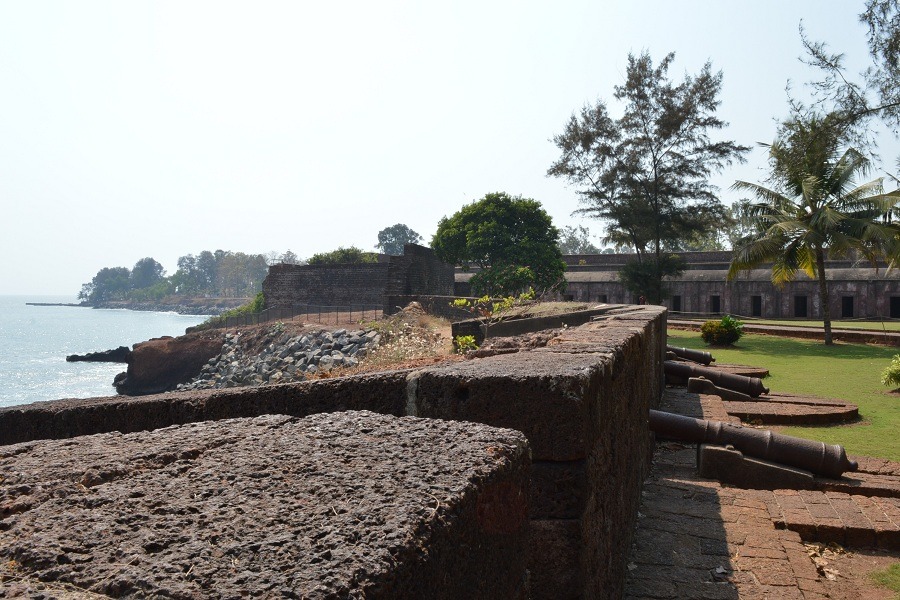 At a distance of 2 km from Kannur Railway Station, St. Angelos Fort is an ancient fort situated in the Kannur Cantonment area. Maintained by ASI, it is one of the historical forts in Kerala, and among the must include places in Kannur holiday packages.

Also known as Kannur Fort, Fort St. Angelos was built by the first Portuguese Viceroy of India, Dom Francisco De Almeida in 1505 AD. The fort provided naval supplies for the Portuguese conquest of Goa and the Portuguese conquest of Malacca. The Dutch captured the fort from the Portuguese in 1663 AD. They modernized the fort and built the bastions Hollandia, Zeelandia, and Frieslandia that are the major features of the present structure. The Dutch sold the fort to king Ali Raja of Arakkal in 1772 AD. In 1790, the British seized it and used it as their chief military station in Malabar until 1947.

St. Angelos Fort is mainly famous for the gripping history and the interesting tales it has to tell. This fort was a point of interest for many dynasties of domestic as well as international origin and has seen many bitter battles in the quest to conquer it. One of the many intense battles that were fought bitterly on the sea was the Battle of Diu. A combined force of the kings of Gujarat and Calicut came together with the support of international allies like Egyptian, Ottoman Turks, and Venetians who opposed the Portuguese. The battle was won by the Portuguese and while the Viceroy emerged victorious, a political conspiracy arose. Almeida arrested Alfonso de Albuquerque, the general that led the Portuguese army with him in the Battle of Diu because Albuquerque was to supersede Almeida as Viceroy. Almeida imprisoned him for about six months inside the very St Angelos Fort. Ironically, the powers back home in Portugal supported Albuquerque, who eventually took over the reins, but by then the Portuguese had to relinquish their hold on the fort.

Situated along the shores of the Arabian Sea, the fort is shaped in a triangular fashion and is built entirely out of laterite stone. Regarded as one of the prime Kannur places to visit, this massive fort is surrounded by a moat and the fort walls are decked with cannons made of pure iron. The fort houses various cells, each cell has a single hole that was used for giving food to the prisoners. Besides, one can also see a restored chapel, gravestones of soldiers who lost their lives fighting for the fort along with gigantic bastions inside the fort complex. Kannur's first-ever lighthouse built by the British also stands next to the fort. The fort offers a wonderful view of Dharamadam Island and Mopilla Bay.