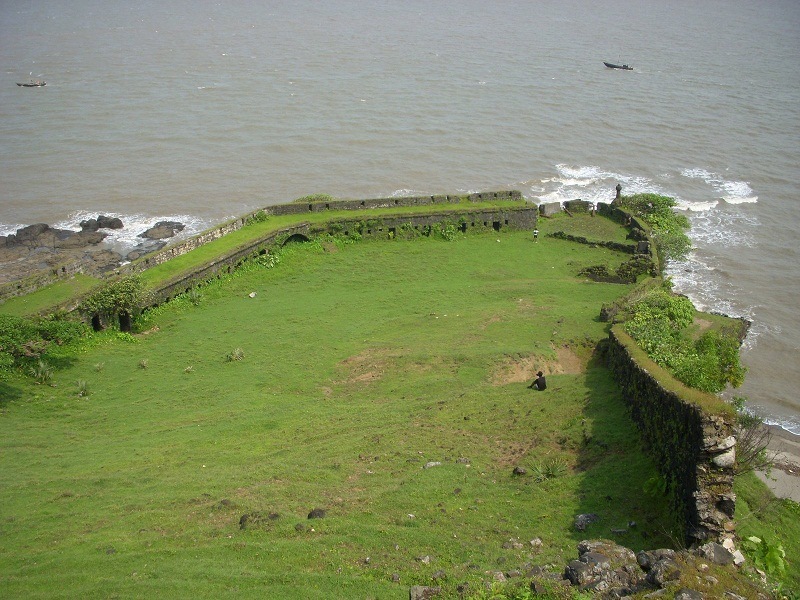 At a distance of 5 km from Revdanda, 12 km from Kashid Beach, and 22 km from Alibaug, Korlai Fort is a Portuguese fort situated at Korlai in Raigad district of Maharashtra. It is one of the best places of sightseeing in Alibag and also one of the popular historical places near Mumbai.

Korlai Fort, also called Morro or Castle Curlew, was built by the Portuguese in 1521AD under the permission of Sultanate of Ahmednagar. It was built on Morro de Chaul Island which secures the way to the Revdanda Creek. It was meant as a companion to the fort at Chaul. The Portuguese built this fort as a strategic decision to defend their rule from Bassein to Korlai.

In 1521 AD, taking advantage of the confusion in the aftermath of the death of the Burhan Nizam the Portuguese tried to take over the fort but the Ahmednagar sultanate occupied the island. However in 1594, the Portuguese won the fort but not having enough men to stand guard there chose to destroy it leaving only the central tower and a battery intact. The fort was taken by the Marathas who held it from 1739 - 1818 CE.

A huge and tall fortification surrounds the entire fort area, which is of a length of 2828 feet and width of 8 feet. There are 11 large gates, of which four are outside and the remaining 7 are inside. All the gates exhibit the ancient Portuguese inscriptions. The area within the fort walls is divided into three enclosures by two lines of bastioned fortifications. The outside fortification has 305 parapets for holding guns and canons, to stand against enemy attacks. It has a large rain-water cistern with three mouths, each one-foot wide, and the ruins of the magazine and a church. The church was built in 1630 AD for the use of the army and was functional until 1728 AD. The rest of the fort structures are mostly in dilapidated condition and the entire compound has been covered with high grass.

From the southern gate of the fort travellers can visit the Korlai Lighthouse which is still in operation. The tall lighthouse stands amidst a well maintained compound with a neatly decorated garden on all sides. The Korlai Lighthouse is a fully automated lighthouse which was built in 1955 AD. The top radar keeps a track of the surrounding sea and constantly takes pictures which get directly transmitted to the coastal guards via satellite.

Tourists have to trek 2 km from the Korlai village through rugged grassland to reach the Korlai Fort, as there is no proper road. Old aged people or people with any knee problem are advised not to visit the fort.