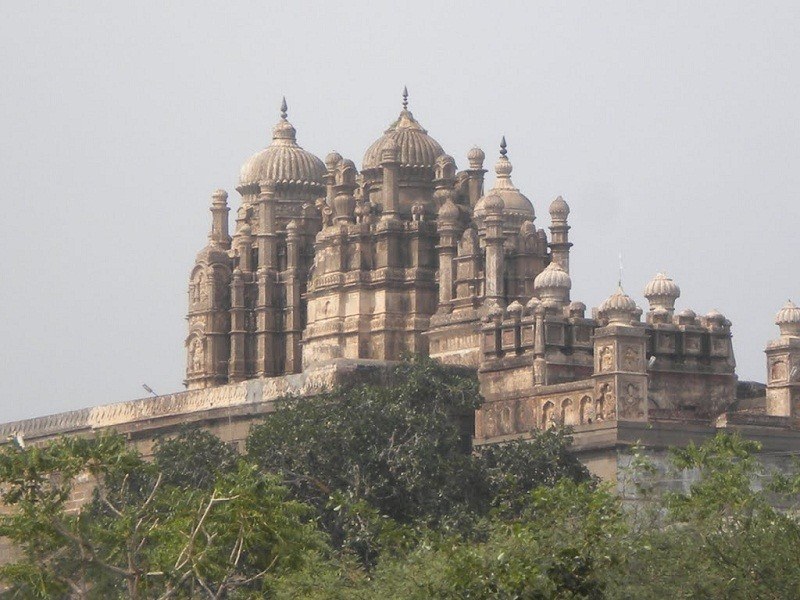 At a distance of 52 km from Pune and 11 km from Yavat, Bhuleshwar is an ancient Hindu temple situated on a hill near Malshiras in Pune district of Maharashtra. It has been declared as a protected monument and is maintained by Archeological Survey of India.

The temple is dedicated to Lord Shiva and was built in 13th century during Yadava Rulers. It is believed that the temple was ruined by Muslim invaders and reconstructed later because the entrance of the temple is hidden like Gaimukhi Buruj construction of Shivaji's time. The fort on which the temple is situated is called as Daulat Mangalgad Fort.

The temple is unique because of its architecture. Black basalt rock was brought to construct this temple which is different as compared to surrounding brownish color basalt rock. From outside it appears to more as a mosque than a temple due to its resemblance to Islamic architecture like circular domes and minarets. There are classical carvings on the walls.

The temple contains five Shivlingas in its sanctum. Owing to their being hidden in a trench, these Shiva Lingams can be seen in light. Goddess Lakshmi, Lord Vishnu and Lord Mahadev are also housed in this temple. The temple also has an idol of Ganesh in female attire and is popularly called as Ganeshwari or Lambodari or Ganeshyani.

This temple gets huge crowds during Mahashivratri. There is a local belief, when a bowl of sweet is offered to Lord Shiva, one or more of the sweets disappear. A little further about 15 Km from Bhuleshwar Temple is Narayanbet. The area is known for being home to migratory birds and is visited by many nature lovers and bird watchers.

Bhuleshwar Temple can be easily reached from Pune. It is situated close to the Malshiras Village which is about 3 Km from the temple. Direct buses are available from Pune Swargate till Malshiras and also from Saswad till Malshiras. Upon reaching the village, visitors can take private jeeps to reach the temple.