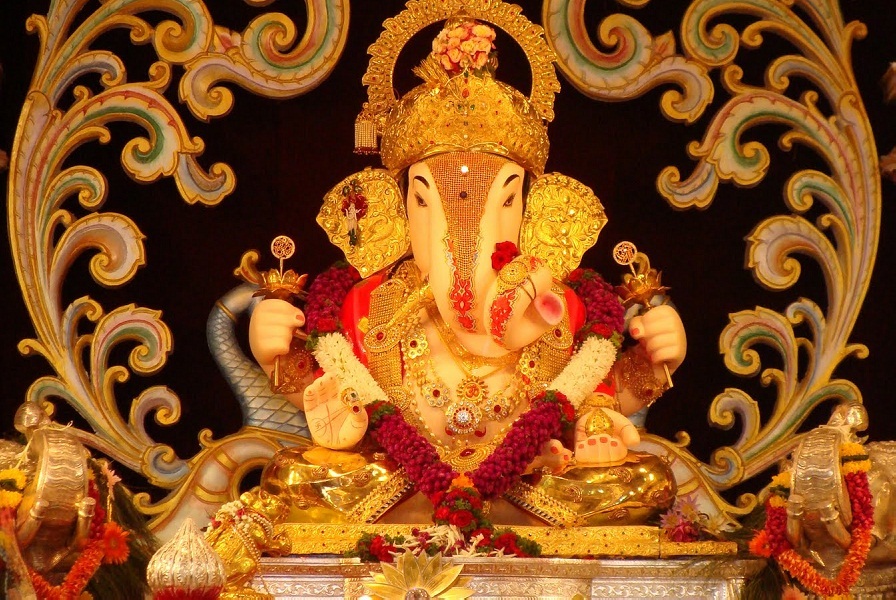 At a distance of 4 km from Pune Junction, Dagdusheth Halwai Ganapathi Temple is an ancient Hindu temple situated in Budhwar Pet near Shaniwar Wada in Pune City. This is one of the important Ganesh temples in Maharashtra, and among the must include places in Pune tour packages.

Sri Dagdusheth Temple is dedicated to the Hindu God Ganesh. It is one of the famous places to visit in Pune. The temple was built by Dagdusheth Halwai, a sweet seller. In the late 1800s, he lost his son in a plague epidemic. This caused Dagdusheth and his wife to go into a deep depression. To heal them, he built the Ganesh temple in 1893 AD according to their Guru Sri Madhavnath Maharaj's advice. Every year the Ganapathi festival was celebrated with deep faith and enthusiasm not only by Dagdusheth's family but the entire neighborhood. Later, Lokmanya Tilak made the Ganapathi festival a public celebration to bring people together for the freedom struggle.

The temple is simple and yet beautiful, which allows the devotees to catch a glimpse of the Ganesh idol and watch the aarti and the puja even from the road. The Ganesh idol is 7.5 feet tall and 4 feet wide. The idol of Ganapathi has a solid gold ear and is decorated with nearly 8 kilos of gold. The Ganesh idol, adorned by gold and precious jewellery worth 1 crore. The temple is visited by thousands of pilgrims every year during the annual 10 days Ganapathi festival. Daily puja, abhisheka, and the aarti of Lord Ganesh are worth attending. The lighting of the temple during the Ganesh festival is marvelous.

Presently, the temple is under the administration of Halwai Ganapathi Trust. One of the richest in Maharashtra, the trust organizes various cultural activities like singing concerts, bhajans, Atharvasheersh recitation, etc. The trust also operates an old age home - Pitashree at Kondhwa, ambulance service for the poor, and health clinics in tribal belts of Pune.