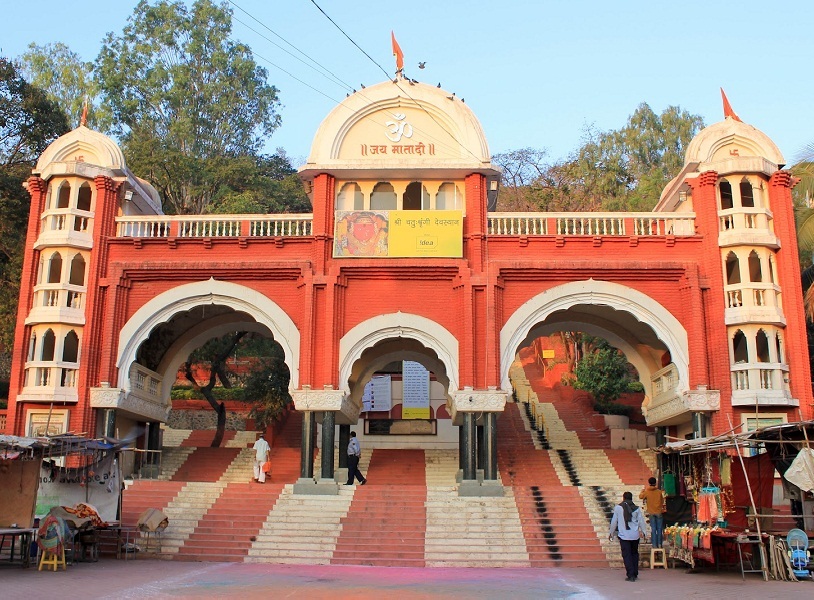 At a distance of 6 km from Pune Junction, Chaturshringi Temple is a Hindu temple located on the slope of a hill on Senapati Bapat road in Pune. It is one o fthe best places to visit in Pune.

Chaturshrungi is the name of a mountain with four peaks. The temple is 90 feet high and 125 feet wide and is a symbol of power and faith. One has to climb more than 100 steps to reach the shrine of Goddess Chaturshringi. There are also temples of Goddess Durga and Lord Ganesh in the temple premises. This Ganesh shrine includes eight miniature idols of Ashtavinayaka and these small temples are located on four separate hillocks.

According to the legend, once there was a rich and prosperous merchant named Durlabhsheth Pitambardas Mahajan, who was an ardent believer of Goddess Chaturshringi and visited all temples of the Goddess. But when he became old, it was difficult for him to travel and visit sacred places of the goddess. So he felt great grief and prayed to the goddess for Darshan. The Goddess heard his prayer and appeared to him in his dream. The Goddess told him that she would stay on a mountain in the North-West of Pune and asked him to come there. There he found a natural statue of goddess (swayambhu) and he constructed the present temple at the same spot.

The temple is maintained by the Chaturshringi Devasthan Trust. Every year a fair is held at the foothills on the eve of Navratri. Thousands of people gather to worship the Goddess Chaturshringi on this occasion. The entire temple is lit up with lamps and is also decorated in traditional Indian style. Main attraction of the festival is the procession of carrying out the silver statue of goddess Chaturshringi in a silver chariot, which is held in the evening on the tenth day (on Vijaya Dashami/ Dassera) of the festival.