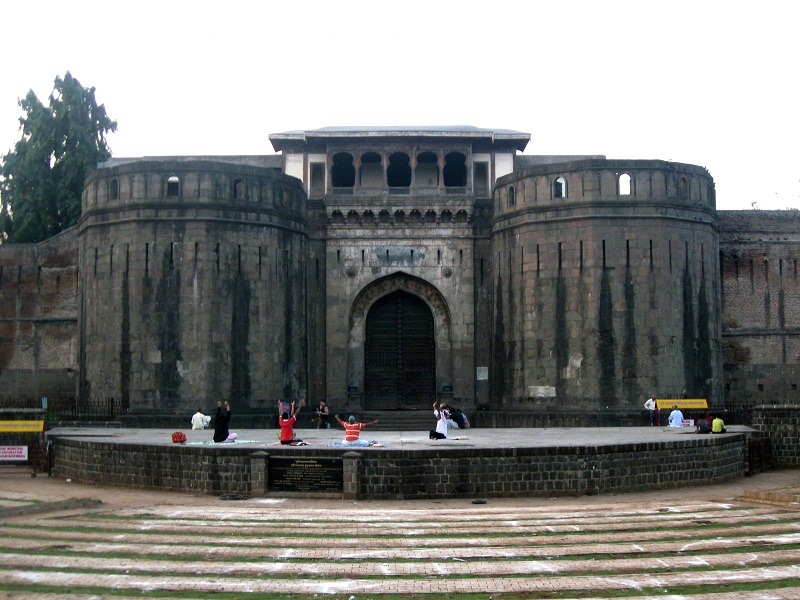 At a distance of 66 km from Lonavala, 161 km from Mumbai, 116 km from Ahmednagar, 432 km from Goa, 556 km from Hyderabad, and 841 km from Bangalore, Pune is one of the most popular cities in India situated at the confluence of Mula and Mutha Rivers. Pune is the 8th largest metropolis in India and the second-largest city in Maharashtra. Among the must include places in Maharashtra tour packages, it is also considered an important city in terms of its economic and industrial importance.

Pune was earlier known as Punya-Nagari or Queen of Deccan. Earlier, Pune was ruled by the Rashtrakutas and it was a part of the Yadava Empire of Devgiri from the 9th century to 1327 AD. It was once the center of power of the Maratha Empire established by Shivaji Maharaj. During his reign, the place witnessed significant development and growth in every aspect. In 1730 AD, Pune became the political center of the Peshwas, who were the prime ministers of the Maratha Empire. The town witnessed an invasion by British India in 1817 AD. It was served as the monsoon capital and the cantonment town to the British until India got independence in 1947.

Pune is considered the cultural capital of Maharashtra and is renowned for its cultural activities such as classical music, spirituality, theater, sports, and literature. The city is also known for its IT, manufacturing, and automobile industries, and prestigious educational institutions like Ferguson College, Symbiosis, FTII, and a large number of engineering colleges. Pune is also one of the fastest-growing cities in the Asia-Pacific region. The 'Mercer 2015 Quality of Living' rankings evaluated local living conditions in more than 440 cities around the world where Pune ranked at 145, second in India after Hyderabad (138). Pune is also a food lovers' paradise.

Pune Festival, organized by MTDC jointly with the Government of India, is celebrated in August - September every year during the Ganesh Chaturthi. It is the biggest festival of Pune celebrated for 10 days, which attracts visitors from different parts of the country and abroad. The festival aims to promote contemporary trends in the traditional art of rangoli and the dramatic arts. The main highlights of these cultural and art festivals are classical dance, music recitals, dramas, magic shows, traditional sports, and other events. Sawai Gandharva Music Festival is another popular cultural festival held in December for 3 days every year.

How to Reach Pune - Full Details

Top 10 Places to Visit in Pune

At a distance of 3 km from Pune Junction, Shaniwar Wada is an ancient palace fort situated in the center of Pune in Maharashtra. This one of the most popular historical places to visit in Pune.

Built in 1732 AD, Shaniwar Wada was the seat of the Peshwa rulers of the Maratha Empire until 1818 AD when the Peshwas surrendered to the British after the Third Anglo-Maratha War. Following the rise of the Maratha Empire, the palace became the center of Indian politics in the 18th century. It is one of the must-visit places as part of Pune tour packages.

Shaniwar Wada was originally built as the residence of the Peshwas. The foundation of the mansion was laid by Bajirao I in 1730 AD and the construction was completed in 1732 AD. It is said that the foundation was carried out on a Saturday, hence the palace got the name 'Shaniwar' (Saturday), 'Wada' (residence). .....

At a distance of 6.5 km from Pune Junction, the Aga Khan Palace is a national monument of India's independence movement. It is situated on Pune - Nagar Road and is one of the prominent tourist places in Pune.

Aga Khan Palace is considered to be one of the greatest palaces in Maharashtra, and among the must-visit places as part of Pune tour packages. The Palace was built by Sultan Mohammed Shah Aga Khan III in 1892 AD. The palace was an act of charity by the Sultan who wanted to help the poor in the neighboring areas of Pune, who were drastically hit by famine.

Aga Khan Palace covers an area of 19 acres, out of which 7 acres is the built-up area. It has Italian arches and spacious lawns. The building comprises five halls. The palace captivates the visitors with its magnificence and picturesque architecture. It took 5 years and an estimated budget of .....

At a distance of 4 km from Pune Junction, Dagdusheth Halwai Ganapathi Temple is an ancient Hindu temple situated in Budhwar Pet near Shaniwar Wada in Pune City. This is one of the important Ganesh temples in Maharashtra, and among the must include places in Pune tour packages.

Sri Dagdusheth Temple is dedicated to the Hindu God Ganesh. It is one of the famous places to visit in Pune. The temple was built by Dagdusheth Halwai, a sweet seller. In the late 1800s, he lost his son in a plague epidemic. This caused Dagdusheth and his wife to go into a deep depression. To heal them, he built the Ganesh temple in 1893 AD according to their Guru Sri Madhavnath Maharaj's advice. Every year the Ganapathi festival was celebrated with deep faith and enthusiasm not only by Dagdusheth's family but the entire neighborhood. .....

At a distance of 6 km from Pune Junction, Chaturshringi Temple is a Hindu temple located on the slope of a hill on Senapati Bapat road in Pune. It is one o fthe best places to visit in Pune.

Chaturshrungi is the name of a mountain with four peaks. The temple is 90 feet high and 125 feet wide and is a symbol of power and faith. One has to climb more than 100 steps to reach the shrine of Goddess Chaturshringi. There are also temples of Goddess Durga and Lord Ganesh in the temple premises. This Ganesh shrine includes eight miniature idols of Ashtavinayaka and these small temples are located on four separate hillocks.

At a distance of 32 km from Pune Junction, Sinhagad or Sinhagarh means the Lion Fort, is a fortress located southwest of Pune City. Sinhagad Fort is one of the popular places of trekking in Maharashtra, and among the must include places in Pune packages

Previously called Kondana, the fort has been the site of many important battles, most notably the Battle of Sinhagad in 1671 CE. It is one of the top places to visit near Pune City. According to history, the fort was built 2,000 years ago and it is said that the name Kondana was derived from sage Kaundinya. Mohammed bin Tughalak captured the fort from the Koli tribal chieftain, Nag Naik in 1340 CE. And in 1496 CE, Malik Ahmad, the founder of the Nizam Shahi dynasty took control of the fort.

At a distance of 5 km from Pune Junction and 2 km from Dagdusheth Ganapathi Temple, Sarasbaug Ganapathi Temple is an ancient Hindu temple situated at Sarasbaug near Dinkar Kelkar Museum, Pune. The temple is one of the oldest temples in Pune and also one of the top pilgrimage places in Pune.

The Sarasbaug Temple has a rich historical past and has an identity of its own owing to its unique island position. Soon after completion of Shree Devdeveshwar Temple on Parvati hill in 18th century, Shrimant Nanasaheb Peshwa had decided to construct a lake at the foothills of Parvati as a part of beautification. An island of about 25,000 sq. feet area was retained in the middle of this lake. Later on, a beautiful garden was created on this island. In 1784 AD, Shrimant Sawai Madhavrao Peshwa built a small temple in Sarasbaug and installed the idol of Sri Siddhivinayak Gajanan.

Popularly known as the Talyatla Ganapathi because of its island position in the midst of a lake, Sarasbaug Temple .....

At a distance of 111 km from Pune, 124 km from Lonavala, 210 km from Nashik, and 224 km from Mumbai, Bhimashankar Temple is an ancient pilgrimage center located near Karjat in the Ghat region of Sahyadri hills in Maharashtra. This is one of the top places of pilgrimage in Maharashtra, and also one of the best pilgrimage places to visit near Pune.

Bhimashankar Temple is dedicated to Lord Shiva and is considered one of the 12 holy Jyotirlinga shrines in India, and among the must-visit places as part of Pune tour packages. The other Jyotirlinga shrines in Maharashtra are Vaidyanath near Parli, Trimbakeshwara near Nashik, Grishneshwar near Aurangabad, and Aundha Nagnath Temple in Hingoli. Bhimashankar is also the source of the river Bhima, which flows southeast and merges with the Krishna River near Raichur.

At a distance of 19 km from Shrivardhan, 61 km from Dapoli, 95 km from Raigad, 114 km from Chiplun, 122 km from Alibaug, 132 k from Mahabaleshwar, 159 km from Lonavala, 175 km from Pune, and 213 km from Mumbai, Harihareshwar is a coastal town in Raigad district of Maharashtra, India. It is one of the popular weekend getaways from Mumbai, and among the must-visit places as part of Konkan packages.

Situated on the Konkan coast, Harihareshwar is surrounded by four hills named Harihareshwar, Harshinachal, Bramhadri, and Pushpadri. The river Savitri enters the Arabian Sea from the town of Harihareshwar. This is one of the best Maharashtra beach destinations. This beach town is often called Southern Kashi because it is home to the Harihareshwar temple dedicated to Lord Shiva. The town is said to have been blessed by Lord Shiva. Hence Harihareshwar .....

At a distance of 84 km from Ganpatipule, 90 km from Ratnagiri, 107 km from Mahabaleshwar, 125 km from Satara, 163 km from Kolhapur, 238 km from Pune, 259 km from Mumbai, and 303 km from Panjim, Chiplun is a town in the Ratnagiri district of Maharashtra. Bang on the Mumbai-Goa highway, it is one of the popular Maharashtra tourist places, and among the prominent places to visit near Kolhapur.

Situated between the Western Ghats, and the Arabian Sea, Chiplun has stunning natural beauty, which includes lush greenery and stunning waterfalls. Chiplun means 'The abode of Lord Parashurama', got its name because of the famous temple it houses. Lies near the source of the Vashishti river, Chiplun is also an industrial town and happens to be one of the must include places in Konkan Tour.

Chiplun was believed to be the first home of the Konkanasth or Chitpavan Brahmans. According to folklore, .....

At a distance of 87 km from Kalyan, 90 km from Igatpuri, 108 km from Thane, 117 km from Pune, 124 km from Ahmednagar, 130 km from Lonavala, 140 km from Shirdi, and 141 km from Mumbai, Malshej Ghat is a mountain pass located on Kalyan - Ahmed Nagar Road in the Thane district of Maharashtra, India. Nestled in the lofty rugged hills of the Western Ghats, it is one of the picturesque places to visit in Maharashtra, and among the popular hill stations near Pune.

Situated at an altitude of about 700 m, Malshej Ghat is an ideal retreat from the clamor of city life and is a heaven full of natural beauty. The place is known for its rugged mountains, trekking trails, amazing waterfalls, and numerous lakes. This stunning mountain pass is an amazing getaway from Mumbai and Pune and lures a huge number of tourists as part of Malshej Ghat tour packages, especially .....