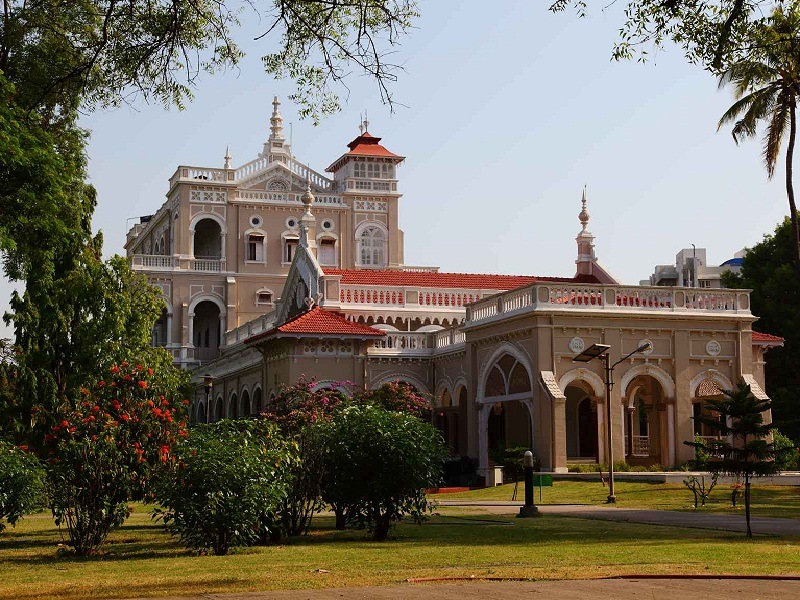 At a distance of 6.5 km from Pune Junction, the Aga Khan Palace is a national monument of India's independence movement. It is situated on Pune - Nagar Road and is one of the prominent tourist places in Pune.

Aga Khan Palace is considered to be one of the greatest palaces in Maharashtra, and among the must-visit places as part of Pune tour packages. The Palace was built by Sultan Mohammed Shah Aga Khan III in 1892 AD. The palace was an act of charity by the Sultan who wanted to help the poor in the neighboring areas of Pune, who were drastically hit by famine.

Aga Khan Palace covers an area of 19 acres, out of which 7 acres is the built-up area. It has Italian arches and spacious lawns. The building comprises five halls. The palace captivates the visitors with its magnificence and picturesque architecture. It took 5 years and an estimated budget of 1.2 million rupees to construct the palace. It was donated to the Government of India by Prince Karim Al Husseini, Aga Khan IV, in 1969 AD, in memory of Mahatma Gandhi.

Aga Khan Palace is a simple memorial to Gandhi and is also known as the Gandhi National Memorial of Pune. The palace complex houses a museum, which has a rich collection of pictures, showcasing various important incidents in the life of Mahatma Gandhi. In addition, there are other items like utensils, clothes, mala, slippers, and a letter written by Gandhi ji on the death of his secretary. In the museum are also placed a small amount of Mahatma Gandhi's ashes. Surrounded by green gardens, the palace also contains beautifully decorated guest rooms and suites.

Since 1980 AD, the Palace complex along with its museum and memorials are being taken care of by the Gandhi Memorial Society. The society organizes regular exhibitions at the palace to acquaint visitors with the life and career of Mahatma Gandhi. Today there is a shop in the Aga Khan Palace complex, which sells khadi or cotton hand-loomed garments and textiles.