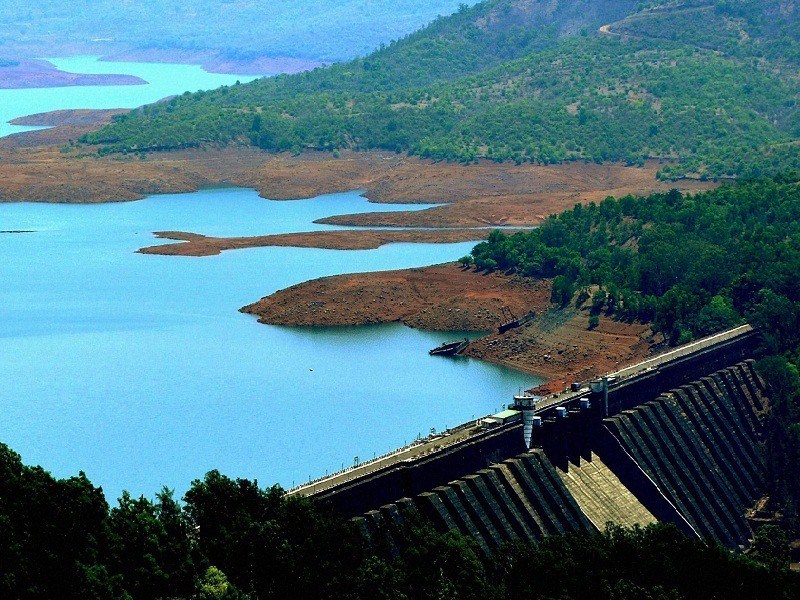 At a distance of 86 km from Satara, 206 km from Pune & 300 km from Mumbai Koyna Dam is one of the largest dams in the state of Maharashtra and is located at Koyna Nagar in Satara district. It is a rubble-concrete dam constructed on Koyna River, a major tributary of Krishna River, and is one of the top places to visit in Satara.

The construction of this dam was completed in 1963 and is amongst the chief civil engineering projects built after the independence of India. The catchment area of the Koyna Dam blocks up the Koyna River and creates the Shivsagar Lake, which is roughly 50 km long. The spillway of the dam is located at the center and it has 6 radial gates. The dam plays a vital role of flood controlling in monsoon season.

This dam is situated between Chiplun and Karad and is the main water source to the Western Maharashtra region. The main purpose of dam is hydroelectricity with some irrigation in neighboring areas. Today the Koyna Hydroelectric Project is the largest completed hydroelectric power plant in India having a total installed capacity of 1,920 MW.

The Koyna Dam has survived a lot of earthquakes, even the destructive earthquake of Koyna Nagar in 1967 AD which resulted into few cracks. The cracks were later repaired and holes were created internally to relieve the hydrostatic pressures in the dam. In 2006, the dam was further developed to strengthen the spillway.

Boating is available at the dam and is a prime activity for tourists here.