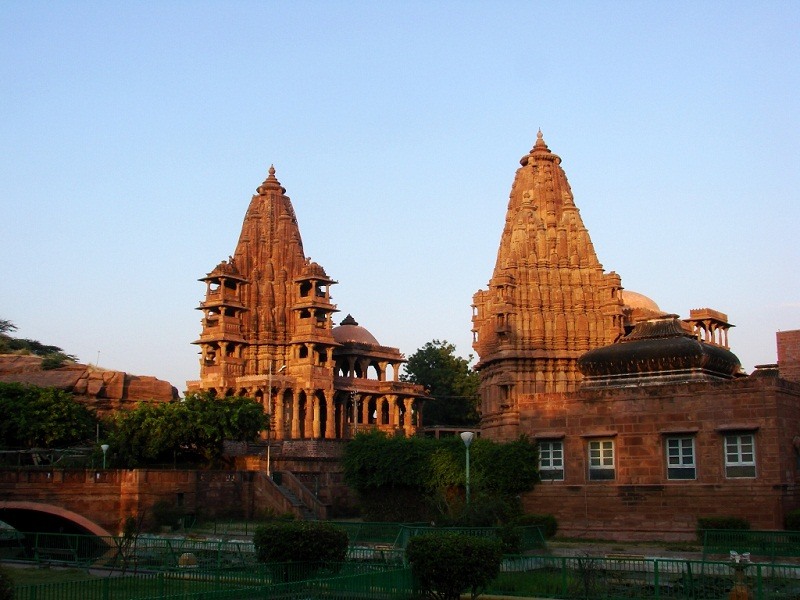 At a distance of 8 km from Mehrangarh Fort and 9.5 km from Jodhpur Junction, Mandore Garden is situated at Mandore, the former capital of Maharajas of Marwar before the establishment of Jodhpur. This is a popular picnic spot for the people of Jodhpur.

The extensive Mandore Garden has high rock hill terrace, making it a popular local attraction. The cenotaphs of former rulers of Jodhpur can also be seen inside the Mandore Garden. These cenotaphs are not of usual shape and are built along the lines of a Hindu temple. These are built of red sandstone and are four stories high, with fine columns and an elegant spire. The cenotaphs of the Maharani are set on a rocky outcrop over the hill. One of the most prominent cenotaphs is that of Maharaja Ajit Singh which was built in 1793 CE.

The garden also has a hall of heroes which holds idols of various folk heroes of the past. Their statues, carved out of rocks and enhanced with brilliant bright colors can be found in this hall. Adjacent to this is a much bigger hall called 'The Shrine of Three Hundred Million'. The gigantic shrine is home to the 30 Crore Hindu Gods and Goddesses. The Mandore Gardens also houses a government museum which exhibits an exquisite ensemble of various artifacts belonging to the bygone era. On climbing the nearby hill, visitors can see the old palace and ruins of Mandore Fort. Ravan temple is another attraction at Mandore.

Museum Timings: 9 AM to 6 PM on all days except Friday