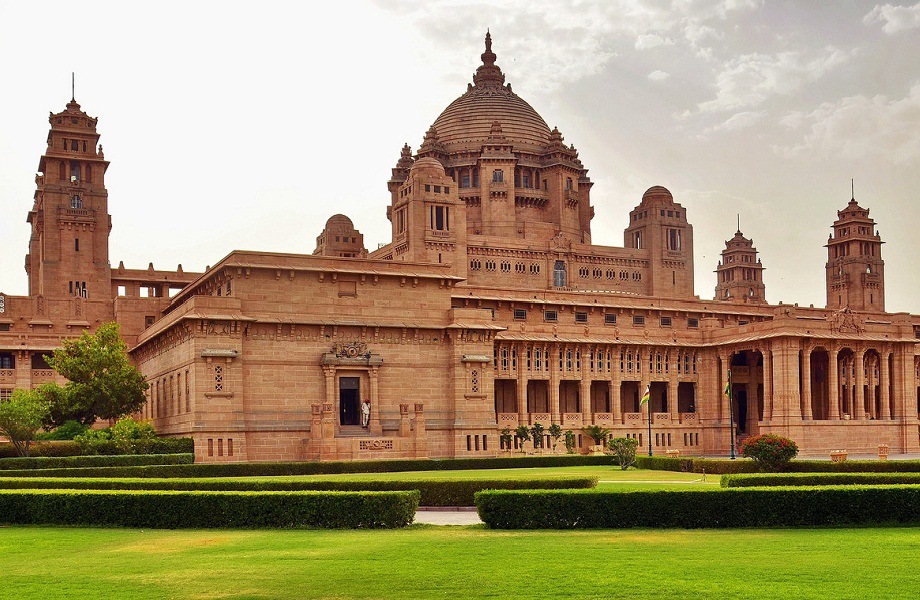 At a distance of 3.5 km from Jodhpur Junction and 6 km from Jodhpur Fort, Umaid Bhawan Palace is a royal palace located on Chittar Hill in Jodhpur City of Rajasthan, India. It is one of the world's largest private residences and also one of the popular Jodhpur tourist places.

Umaid Bhawan Palace is named after Maharaja Umaid Singh, grandfather of the present Maharaja Gaj Singh. Maharaja Umaid Singh had laid the foundations of this opulent 347 room edifice on 18th November 1929. However, the construction work started in 1943. It took 16 years to complete. This sandstone monument is the only 20th-century palace that was built for a noble cause. The purpose was to give employment to the people of Jodhpur during a long period of drought and famine.

Situated on Chittar Hill, the highest point in Jodhpur, the palace is a blend of Indian and European architectural influences. Edwardian architect Henry Vaughan Lanchester and Indian architect Budhmal Rai designed the palatial building. Renaissance has inspired the building's prominent central dome, which is a 32 m high cupola. Towers of the palace draw inspiration from Rajput tradition. A blend of art Deco and millennia-old Hindu architectural traditions are evident in the architecture of the palace.

Umaid Bhawan Palace also houses a museum that exhibits a marvelous collection of unique specimens from the past. The museum also displays glass, porcelain wares, memorabilia, information nailed on the building along with unique charms like the stuffed leopards and a huge symbolic flag, which was a gift by Queen Victoria to Maharaja Jaswant Singh in the year 1877. The museum also encompasses a fascinating collection of clocks in windmill and lighthouse shapes that one must visit as part of Jodhpur tour. The vintage cars of the Maharajas are another attraction here.