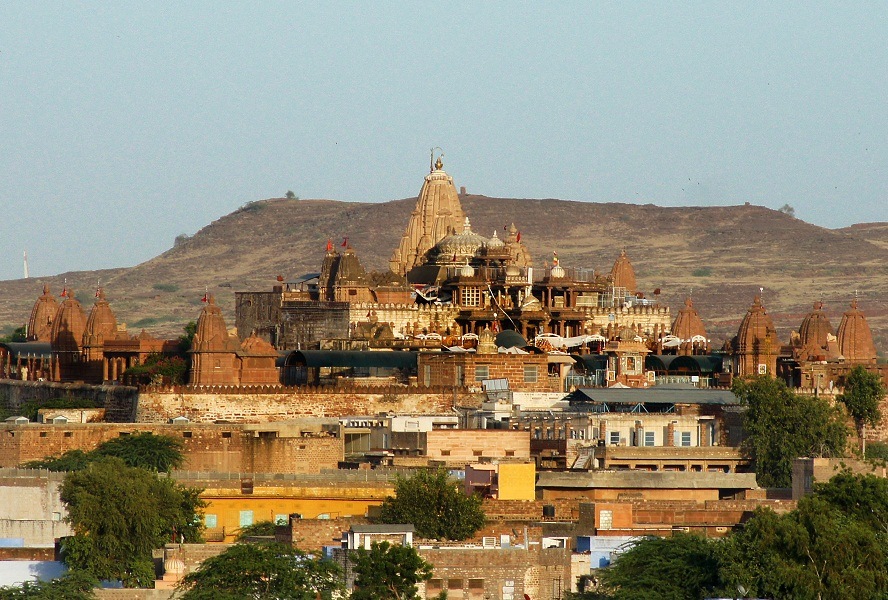 At a distance of 61 km from Jodhpur and 173 km from Bikaner, Osian is an ancient town located in the Jodhpur district of Rajasthan in India. It is an oasis in the Thar Desert, and has been known as the 'Khajuraho of Rajasthan' for its temples. This is one of the popular pilgrimage sites in Rajasthan and also one of the top places to visit as part of Jodhpur tour.

According to early history, Osian was a center for Brahmanism. It was a major stop for camel caravans during the Gupta period. The city was a major religious center of the kingdom of Marwar during the Gurjara Pratihara dynasty. Tradition states that, after being abandoned for a time, the village was re-established by Utpaladeva.

Osian is famous as home to the cluster of 18 ruined Brahmanical and Jain temples dating from the 8th to 11th centuries AD. The shrines are renowned for artwork and carvings. These temples, which include the Sachiya Mata Temple and Jain Temple, are built using red sandstone with Mahavira as the revered deity. The religious testaments such as Sun Temple and the Kali Temple are notable for their architectural style and traditions.

Sri Osiyan Mata Temple or Sachiya Mata Temple is believed to be built by Utpaladeva, who was the brother of Raja Punj, the son of King Bheemsain in 1178 AD. This 12th century temple is built at the place of the old temple which was made in 8th century by Parmar King Upendre. The temple is dedicated to Sachiya Mata, daughter of the demon King Pauloma and wife of Lord Indra and is equally important for Hindu and Jain people. A series of magnificently sculpted arches forms the entrance of the temple complex. The main chamber enshrines an idol of the presiding deity, Sachiya Mata along with images of other Hindu deities. Two separate temples dedicated to Hindu Goddess Chandi and Goddess Amba Mata are also built within the complex.

An important Jain pilgrimage for the Oswal Jain community, the Mahavira Temple of 783 AD is the most ancient testimony in the region built by Gurjara Pratihara King Vatsaraja. The place is located on the western outskirts of the village. The complex of the temple has one main temple and seven other temples, of which four temples are located on the eastern side and other three on western side. Apart from being a holy place, the temple of Mahavira is famous for its architecture. The walls and pillars of the temple display carved images of Gods and Goddesses. The 32 inches high statue of Lord Mahavira in the padmasana posture is placed on a high platform made of sandstone.

The town also has a group of three temples known as Harihara Temples, dedicated to Lord Harihara (a union of Lord Shiva and Lord Vishnu). Two of the temples, were constructed in the 8th century AD and the third one was built in 9th century AD. Standing on huge plinths, the architecture of these temples is different and advanced, in comparison to other temples of Osian. These temples have sculptures that are famous for their beauty. Camel safari in Osian through the ruined Brahmanical and Jain temples is one of the chief attractions of the township.