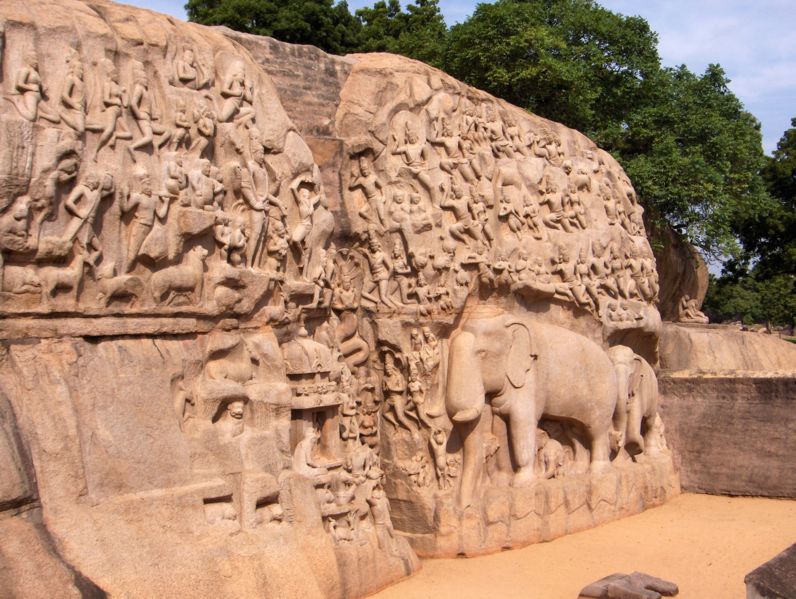 #2 of 19 Places to Visit in Mahabalipuram

At a distance of 0.5 Km from Mahabalipuram Bus Station (on Mada Koil Street), Arjuna's Penance or Bhagiratha's Penace is the name of a massive open air bas-relief monolith dating from the 7th century CE. Measuring 96 feet long by 43 feet high, the bas-relief is also known as The Descent of Ganga. It has been classified as a UNESCO World Heritage Site as part of 'Group of Monuments at Mahabalipuram'.

In one interpretation, a figure in the bas-relief who is standing on one leg is said to be Arjuna performing an austerity Tapas to receive a boon from Shiva as an aid in fighting the Mahabharata war.

The bas relief is situated on a rock with a cleft. Figures within the cleft are said to represent the River Ganges and Shiva. This provides the basis for an alternative interpretation, rather than Arjuna, the figure performing austerities is said to be Bhagiratha.