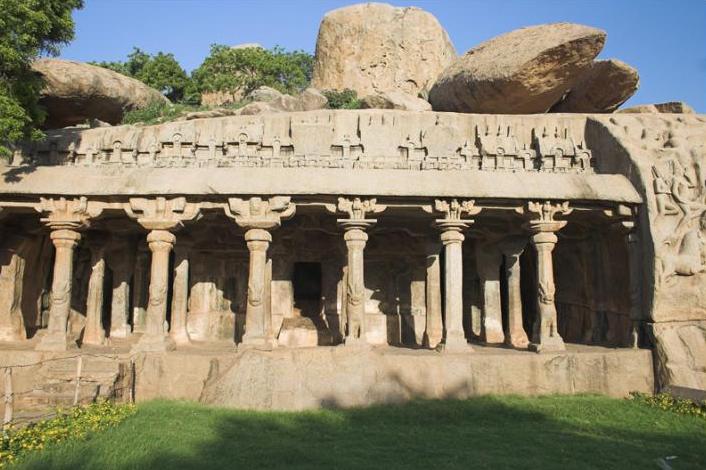 #3 of 19 Places to Visit in Mahabalipuram

At a distance of 0.5 Kms around Mahabalipuram Bus Station, there are 14 rock-cut carves and Mandapams in and around Mamallapuram. Mythological scenes are depicted on these architectures. These caves have been classified as a UNESCO World Heritage Site as part of 'Group of Monuments at Mahabalipuram'.

1) Krishna Mandapam - This is the biggest among the Mandapams and is dedicated to Lord Krishna. The sculptures inside this Mandapam beautifully picturize the myth of Lord Krishna during his brave and energetic adulthood.

2) Mahishasuramardhini Mandapam - The battle between goddess Durga and the buffalo headed demon, Mahishasura is beautifully inscribed.

3) Varaha Mandapam - the side walls have large sculptured panels depicting Vishnu as Varaha, the boar, holding up Bhudevi, the earth goddess.