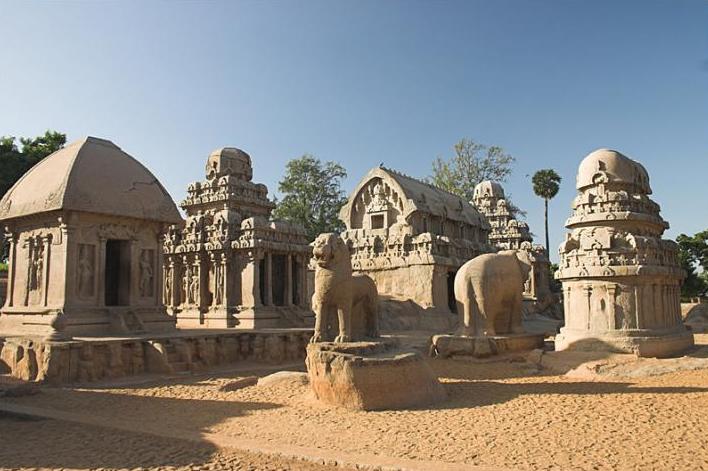 #4 of 19 Places to Visit in Mahabalipuram

At a distance of 1.5 Kms from Mahabalipuram Bus Station, Pancha Rathas (Five Chariots) - five monolithic pyramidal structures named after the Pandavas (Arjuna, Bhima, Yudhishtra, Nakula and Sahadeva) and Draupadi. It has been classified as a UNESCO World Heritage Site as part of 'Group of Monuments at Mahabalipuram'.

An interesting aspect of the rathas is that, despite their sizes they are not assembled - each of these is carved from one single large piece of stone.

The Pancha Rathas shrines were carved during the reign of King Mahendravarman I and his son Narasimhavarman I. Each temple is a monolith, carved whole from a rock outcropping of pink granite.