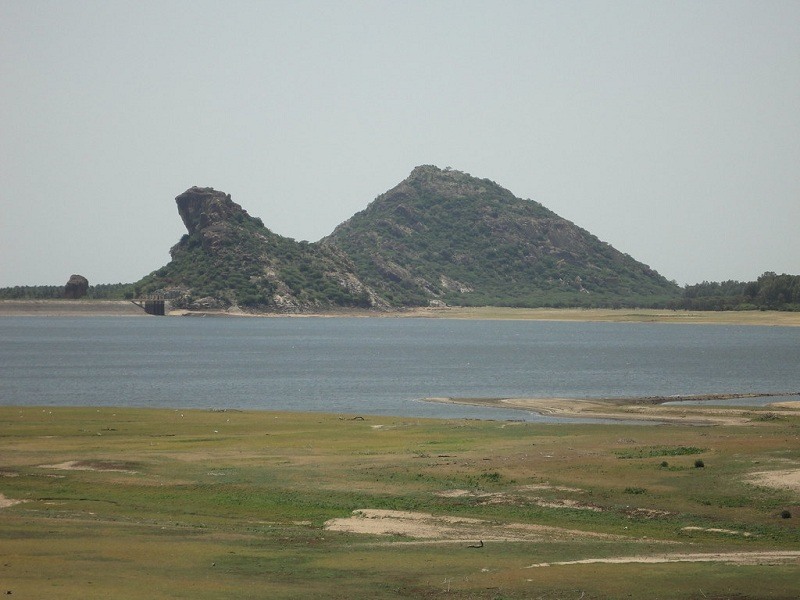 At the foot of the hills is the Thirumoorthy Temple, also known as Sri Amanalingeswarar Temple. A perennial stream flows by the side of the temple. The temple is dedicated to the Hindu trinity, Lord Shiva, Lord Vishnu, and Lord Brahma. Legend says that Athri Maharishi and his wife Anasuya Devi resided in these hills, and the Gods of the Hindu trinity had come down to test their devotion. The Gods asked Anasuya Devi to make their offerings in nudity. She agreed and changed the Gods as babies with her devotion, fed them & put them to sleep in a cradle. Athri came back afterward and hearing the story from Anasuya praised the three gods sleeping in the cradle. Later, the Trinities come back to their original form and give a boon to Anasuya. According to her wish, three children were born to her - Shiva is born as Sage Durvasa, Vishnu as Dattatreya, and Brahma as Chandra (Moon). Hence, this region is named as Thirumoorthy Hills.

Thirumoorthy Dam has been constructed adjoining the Thirumurthy Hill near Amanalingeswarar Temple. The panorama of the Anamalai Hills surrounding the shimmering blue waters of the reservoir is a sight to behold. This area is a popular spot for shooting films thanks to the beauty of the region. It is the perfect place for tourists who love boating. There is also a swimming pool and a well laid out garden near the dam. Another major tourist attraction of the hill is the splendid Panchalingam Falls. One needs to climb about three kilometers over the hills to reach the falls. The place has immense scope for activities that suit adventure seekers, hikers, and nature lovers.

The Thirumoorthy Hills are also home to The Universal Peace Foundation that regularly organizes yoga sessions on this beautiful hill.

2 Must Visit Places in Pollachi