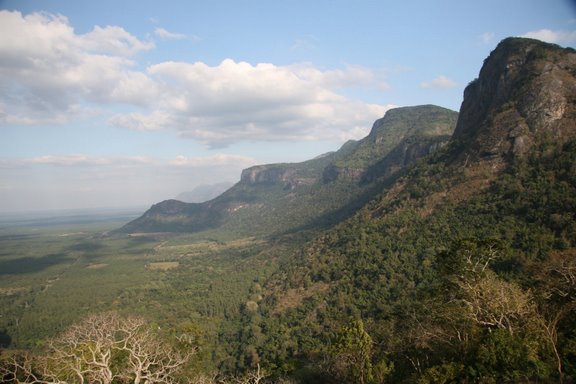 At a distance of 85 km from Ooty, 189 km from Kochi, 207 km from Mysore, 209 km from Madurai, 383 km from Bangalore, and 491 km from Chennai, Coimbatore (also known as Kovai) is the second-largest city in the state of Tamil Nadu. Coimbatore is also the administrative headquarters of Coimbatore district and among the top Tamilnadu tourist places.

Situated on the banks of the Noyyal River, Coimbatore is known as Manchester of southern India due to a large number of textile industries located in the city. Coimbatore is also famous for its engineering firms, automobile parts manufacturers & educational institutions. It can be visited along with Ooty packages.

Coimbatore was ruled by several dynasties including Gangas, Cholas, Delhi Sultanates, Vijayanagara Kings & Madurai Nayaks when it was a small town of less than 3000 residents. It was the capital city of Kongu Nadu and ruled by the Cheras as it served as the eastern entrance to the Palakkad Gap, the principal trade route between the west coast and Tamil Nadu. The Cholas conquered Kongu Nadu in the 10th century CE. The region was ruled by Vijayanagara Empire in the 15th century followed by the Nayaks. In the later part of the 18th century, this region came under the Kingdom of Mysore, and following the defeat of Tipu Sultan in the Anglo-Mysore Wars, the British East India Company annexed Coimbatore to the Madras Presidency in 1799.

The industrial development in Coimbatore was started in the early 19th century when Sir Robert Stanes started new Spinning & Weaving Mills. Now the city is home to some of the important textile industries and engineering firms.

Coimbatore is serving as a gateway to Kerala for the rest of the south and it's close to several important tourist destinations like Ooty, Coonoor, Kodaikanal, Palani, Munnar, Athirapally, etc. It is the transportation hub to reach Ooty and Coonoor from Tamilnadu, Kerala & Andhra Pradesh. Patteeswarar Temple, Marudhamalai Temple, Siruvani Falls, Parambikulam Wildlife Sanctuary and Meenvallam waterfalls are the must include places in Coimbatore Tour Packages.

Coimbatore has pleasant weather throughout the year.

How to Reach Coimbatore - Full Details

Top 10 Places to Visit in Coimbatore

#1 of 35 Places to Visit in Coimbatore

At a distance of 15 km from Coimbatore Railway Station, Marudhamalai Temple is a Hindu temple situated atop a hill near Coimbatore. It is one of the prominent places to visit as part of Coimbatore tour packages.

Located on a scenic hillock at a height of 600 feet, Marudhamalai Temple is an adobe of Lord Murugan and is considered one of the popular Murugan temples in Tamilnadu. Built by Tamil kings during the 12 century CE, Lord Murugan in this temple is worshipped in the form of Dhandayuthapani.

According to Puranas, a Siddha overcome by tiredness, take shelter under the shade of a Marudha tree and pray to God to help him to quench his thirst. Suddenly water sprinted out from the roots of the tree and leaped in joy, the saint worshipped Muruga and this place is called Marudhamalai. It is one of the important Coimbatore places to visit.

#2 of 35 Places to Visit in Coimbatore

At a distance of 7 Kms from Coimbatore Railway Station, Patteeswarar Temple located in Perur (on the Siruvani road) is the oldest temple in Coimbatore region.

Built by the King Karikala Cholan, this temple is dedicated to Lord Siva. Situated on the banks of Noyyal River, the idol here is believed to be a Swayambu Lingam (self manifested). Several rulers of Chola, Hoysala and Vijayanagara dynasty contributed to the development of the temple. The greatest attraction of the temple is the 'Kanaka Saba' or the golden hall which is adorned by a gold plated statue of Nataraja bestowing blessings upon the two sages - Gowmuni and Pattimuni.

The carved out sculptures on gopurams and pillars of the temple demonstrate the uniqueness of Dravidian architecture. The Panguni Uthiram festival is celebrated in full spirit in the month of March.

#3 of 35 Places to Visit in Coimbatore

Inaugurated on 27th April 2015, the Gedee Car Museum was set up by GD Gopal, the son of GD Naidu, an eminent industrialist and philanthropist of Coimbatore. GD Naidu visited several countries during his lifetime and was fascinated by the workmanship and engineering capabilities of Germany. He started collecting unique cars which had a history of its own and His son GD Gopal continued his father's hobby by not just adding to the collection, but maintaining most of the cars in motorable condition and initiated the setup of the Car Museum. The main objective of the museum is that the students and general public should learn about the technology behind it .....

#4 of 35 Places to Visit in Coimbatore

At a distance of 4 km from Coimbatore Junction, the Gass Forest Museum is a government-run natural history museum situated in Coimbatore, Tamil Nadu, India. Located at Cowley Brown Road, it is one of the popular museums in Tamilnadu, and among the must include places in Coimbatore packages.

Gass Forest Museum is located inside the premises of the Forest College Campus, Coimbatore. J. A. Gamble, the conservator of forests for the Madras Presidency, made an aborted attempt to establish a forest museum in the province towards the end of the 19th century. A few years later in 1902, Gamble's successor, Horace Archibald Gass, succeeded in establishing a museum for forestry. During World War-II, the museum was closed to accommodate evacuees from Greece and Malta. After Indian Independence in 1947, the museum came under the administration Government of Tamil Nadu and is currently run by the Institute of Forest Genetics and Tree Breeding .....

#6 of 35 Places to Visit in Coimbatore

At a distance of 10 km from Coimbatore Junction, Kasthuri Sreenivasan Art Gallery & Textile Museum is a museum located at Avinashi Road in Peelamedu locality of Coimbatore. It is one of the prominent places to visit in Combatore.

The Culture Centre consists of an Art Gallery, a Textile Museum, an auditorium, and a library. Art Gallery has many paintings and sculptures arranged in 10 rooms. Rooms 1 and 2 house traditional Indian Art. There are several Tanjore paintings in .....

#7 of 35 Places to Visit in Coimbatore

At a distance of 36 km from Coimbatore, and 50 km from Palakkad, Siruvani Waterfall is a scenic waterfall situated in the Siruvani Hills of Tamil Nadu. It is one of the popular waterfalls in Tamilnadu, and among the must-visit places during your Coimbatore trip.

Also called Kovai Kutralam Falls, the Siruvani Fall is formed by the Siruvani river. The reservoir at Siruvani was built for Tamil Nadu by the Kerala Government with funds collected by the Tamil Nadu government to meet the drinking water requirements of Coimbatore city. The water of the Dam is famous for its sweetness and it is typically known to be the second sweetest lake water in the world. It is one of the major tourist places in Coimbatore.

The visitors are not allowed to see the falls after 5 pm as it is located in the center .....

#9 of 35 Places to Visit in Coimbatore

At a distance of 3 km from Coimbatore Junction, Sri Ayyappan Temple is a Hindu temple located at Siddhapudur locality of Coimbatore. It is one of the prominent temples in Tamilnadu, and among the must include places in Coimbatore Trip.

Siddhapudur Sree Ayyappan Temple is a significant temple dedicated to Lord Sree Ayyappa. Constructed in a typical and traditional style of architecture, Ayyappan Temple is a delight for the culturally inclined. The temple has been built on the same lines as the original Sabarimala Temple in Kerala and thus is rightly honored as the second Sabarimala Temple by devotees. In fact, the style of pooja of both the temples is also similar.

The Ayyappa Temple has been built following the traditional styles of architecture and is a pure delight for architecture lovers, history buffs as well as religious devotees. Plans for the construction of a temple devoted to Lord Ayyappan started way back in .....

At a distance of 2 km from Coimbatore Junction, the VOC Park & Zoo is a zoological garden and amusement park located in Gopalapuram locality of Coimbatore, Tamil Nadu, India. Also known as V.O. Chidambaranar Park, it is one of the prominent recreational spots as well as tourist places in Combatore.

The VOC Zoo & Park was established in the year 1965 in an extent of 7 acres and is named after freedom fighter V O Chidambaram Pillai. Managed by the Coimbatore City Corporation, the park houses around 890 animals including 335 birds, 106 mammals, and 54 reptiles. The park and zoo is a preferred picnic spot for locals who get their kids to have a wonderful time and introduce them to the world of animals.

The park has a play area for the kids, an aquarium, and a Jurassic Park where not just children but even adults can have fun. Visitors also have access to a variety of fairs, exhibitions, annual events, .....

At a distance of 1 km from Coimbatore Junction, the Ukkadam-Valankulam Lake is a serene lake situated in Coimbatore, Tamil Nadu, India. Located between Trichy road and Sungam bypass road, it is one of the popular places to visit in Combatore.

Ukkadam Lake or Ukkadam Periyakulam is spread over an area of 1.295 sq. km and has an average depth of 19 feet. The lake is fed by canals derived from the Noyyal river. The lake also receives water from Selvachinthamani lake located upstream in the north and drains water. The lake has an outlet connecting it with Valankulam lake. The water can be released through four sluice gates located on the south side of the lake. A railway track connecting Coimbatore Junction and Podanur passes over the lake.

At a distance of 2 km from Gass Forest Museum, and 5 km from Coimbatore Junction, the TNAU Botany Garden is a well-maintained garden situated in Coimbatore, Tamil Nadu, India. Located on Marudhamalai Road, it is one of the popular places to visit in Coimbatore.

Established in 1925, the TNAU Botanical Garden is located on the premises of Tamil Nadu Agricultural University in Coimbatore. The garden is spread over an area of about 300 acres of land. There are so many varieties of plants and trees in its vicinity, and each species is labeled with its common name as well as scientific name. People visit this place to gain more knowledge about the plants like herbs and shrubs.

Visitors can witness a large variety of roses, marigolds, carnations, chrysanthemums, and lilies at the TNAU Botanical Garden. The garden is also equipped with various incubators for growing non-seasonal plants. The garden also maintains a nursery where one can know the techniques of plant growing like plant .....