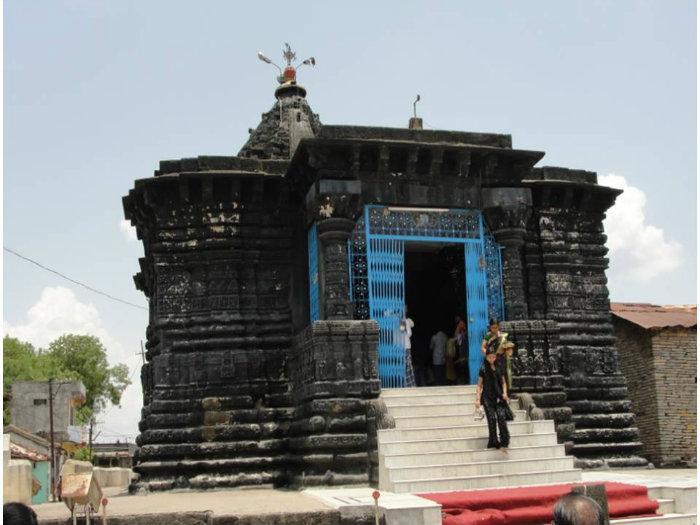 #4 of 8 Places to Visit in Adilabad

At a distance of 0.5 km from Jainath Bus Stand, 22 km from Adilabad Railway Station and 327 km from Hyderabad, Sri Narayana Swamy Temple is situated at Jainath in Adilabad District of Telangana.

Sri Narayan Swamy Temple also known as Jainath Temple is an ancient temple built by Pallava chiefs. This temple is also popular for its Jain style architecture, thus, the village is called Jainath. The pillars inside the temple are extensive carved with beautiful sculptures. The outer walls of the temple and the vimana over the sanctum exhibit wonderful piece of art work.

Jainath Temple is one of the ancient pilgrimage centers in Adilabad and also an important architectural monument of Pallava dynasty (4th to 9th century CE) in Telugu region. This is a small structure built on a platform which is 2 feet high. The temple is dedicated to Lord Lakshmi Narayana. The idol of the deity in the sanctum sanctorum is 6 feet tall in standing position and is made of black stone.

The temple has several stone inscriptions depicting the history of the temple along with slokas inscribed on it. Pallavas are famous for their rock-cut and structural temples (Mahabalipuram and Kanchi temples).

The Laxmi Narayana Swamy Bramhotsavam celebrated in (October/November) attracts a large number of devotees. A unique feature of the temple is that the rays of the sun would touch the feet of Lord Lakshmi Narayana Swamy on full moon day that follows after Dussehra.

0 Must Visit Places in Adilabad

All Places to Visit in Adilabad
All Adilabad Tour Packages

Places to Visit in Adilabad

How to Reach Adilabad