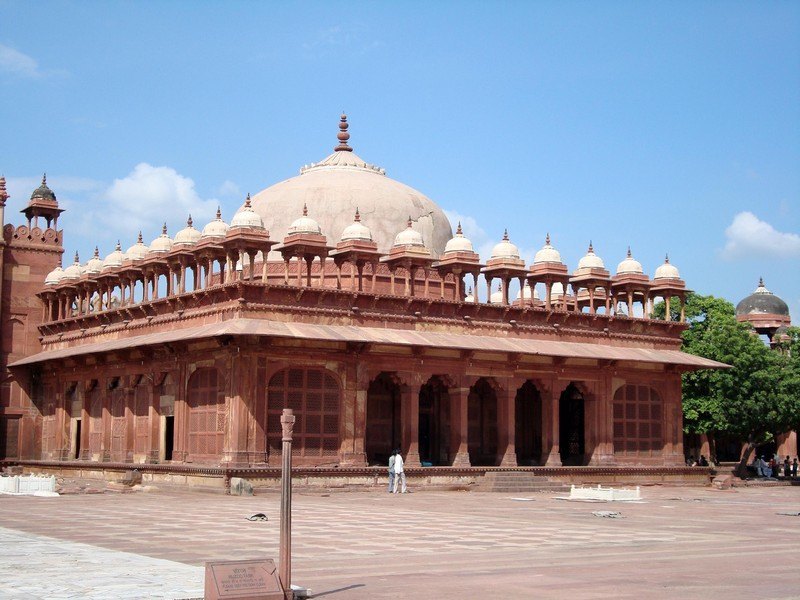 At a distance of 1 km from Fatehpur Sikri Railway Station, Tomb of Islam Khan is situated to the east of Sheikh Salim's tomb within the Jama Masjid Compound in Fatehpur Sikri.

This is the tomb of the general of the Mughal army Islam Khan I. Also the grandson of the Sufi Saint Salim Chisti, his body was laid to rest inside the Jama Masjid courtyard by Emperor Jahangir in the year 1613 AD. The Tomb of Islam Khan is originally served as the Jamaat Khana or common religious house for the most distinguished disciples of Sheikh Salim. This courtyard houses 24 graves of the Sheikh's followers.

The tomb is built in red sandstone and is encircled by stone screens partly open to the front. The square building has a 1 m high platform and is enclosed with an arcaded verandah. Each facade has seven bays while the beautifully carved entrance door in the middle of the central façade leads to a courtyard. The central chamber is octagonal in shape and houses the tomb of Islam Khan. It is surmounted by a large dome surrounded by 36 small domed kiosks. Between Sheikh Salim's tomb and the Jamaat Khana is another archway. On entering this one would find a dark suite of rooms, known as Zanana Rauza or Women's Tomb.