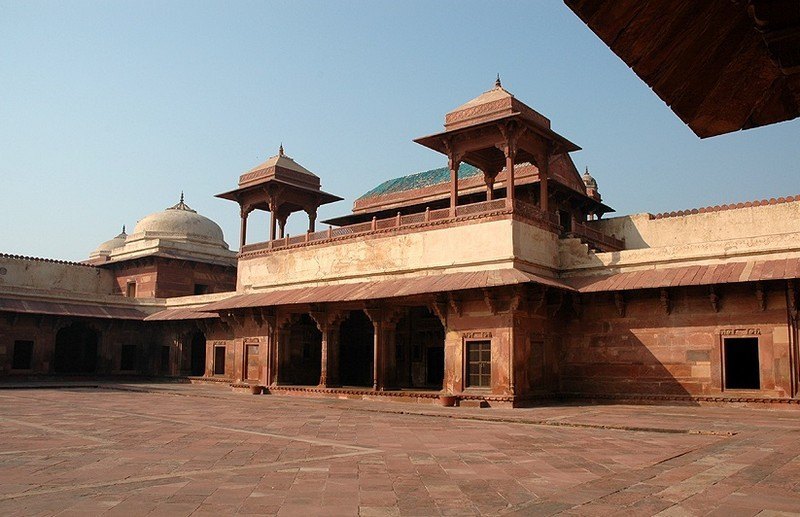 #4 of 17 Places to Visit in Fatehpur Sikri

At a distance of 1 km from Fatehpur Sikri Railway Station, Jodha Bai's Palace (or Jodha Bai Ka Rauza) is one of the largest buildings in the complex of Fatehpur Sikri. This Palace was constructed by Akbar for his favorite wife, Jodha Bai who was a Rajput Princess.

According to history, after Akbar conquered Malwa he faced strong resistances from the Rajput kings. Akbar dealt with the problem diplomatically, allowing them to keep their kingdoms and getting into marriage alliances with the princess of the Rajput clan. He married Jodha Bai, sister of Man Singh, the powerful ruler of Jaipur. She was his favorite queen and allowed to worship Hindu deity in her palace.

Jodha Bai Ka Rauza is an excellent example of the fusion of Hindu and Muslim architectures. The palace has distinct Gujarati and Rajasthani architectural patterns. The palace building consists of a rectangular block with a single magnificent gateway on eastern side, which was protected by guard rooms.