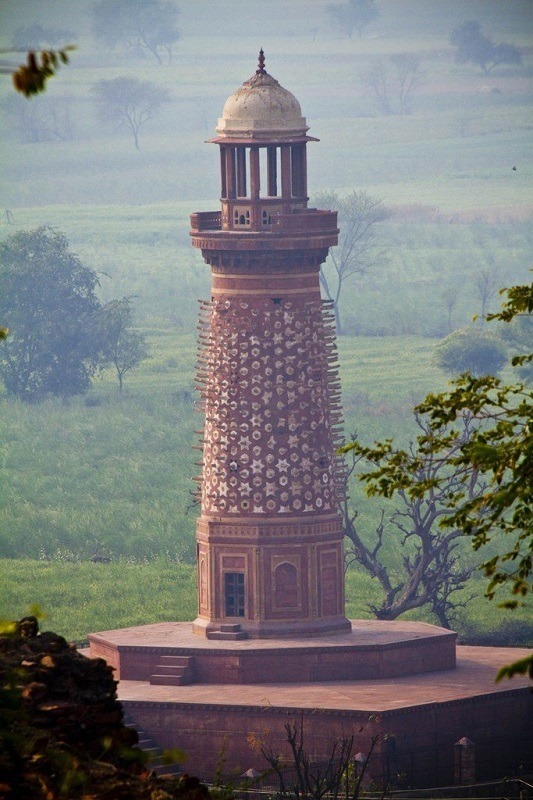 #5 of 17 Places to Visit in Fatehpur Sikri

At a distance of 1 km from Fatehpur Sikri Railway Station, Hiran Minar is located close to Caravanserai in Fatehpur Sikri Fort. It is believed that Akbar built Hiran Tower in the memory of his favorite elephant, Hiran. Alternatively, it is also believed that this tower served as a mile post and a light house for the night travelers.

With a height of 21.34 m, Hiran Minar is octagonal at the ground level and circular to the rest of the tower. This is built over an octagonal platform, which in turn stands on a square base. This tower is decorated with an alternate row of hexagons and six point stars. Earlier, elephant tusks were placed emerging from the center of each star, which are now replaced with stone tusks.

The tower is entered through a flat-topped door bordered by sand stone panel and flanked by closed arched panels. There are 53 steps leading to the top inside the tower. One can get a bird's eye view of Fatehpur Sikri from the top of the tower. It is believed that this tower was connected with the palaces around and it was used as a private watch tower for the women and the queens to watch the sports, beast fights and wrestling games played in the grounds below.