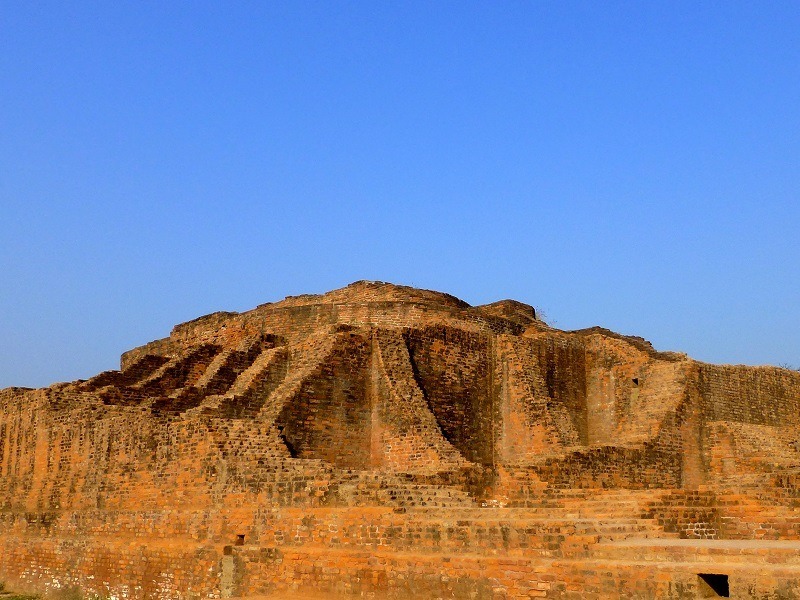 #1 of 8 Places to Visit in Shravasti

Place Location: In The Mahet Area

Travel Tips: Tourists don't have to pay to see Pakki Kuti. However, since Pakki Kuti is located in Sahet - Mahet archaeological site, therefore, one has to pay an entry fee to enter the region.

At a distance of 3 km from Shravasti Bus Station, Angulimala Stupa or Pakki Kuti is an ancient Buddhist stupa located in the Mahet area of Shravasti, Uttar Pradesh. Situated in Mahet Road, it is one of the well-known heritage monuments in Uttar Pradesh, and among the major places to visit in Shravasti.

Pakki Kuti or Angulimala Stupa was excavated along with other ruins of Shravasti city in the year 1863 and is considered to be one of the largest mounds found in the Mahet area of Shravasti. Fa-Hien, a famous Chinese traveler, Hiuen Tsang, a Chinese Scholar, and Alexander Cunningham (British engineer) identified this renowned tourist attraction in Shravasti as the stupa of Angulimala, while some other scholars believed it to be the ruins of Hall of Law, supposed to have been built by Prasenjit in honour of Lord Buddha.

The name of the stupa has been derived from the ruthless decoit of Shravasti - Angulimala. Angulimala (literally, the necklace of fingers) was a dreaded dacoit who wore a necklace of fingers that were chopped from his victims. One day in a fit of brutal rage he was about to kill his mother when Lord Buddha was passing by the door. Lord Buddha stopped him from killing his mother and showered him with his wisdom and turned him into a disciple. Later, Angulimala pursued knowledge and established himself as one of the generous disciples of Buddha.

The present structure of Pakki Kuti has undergone many subsequent alterations and additions. It appears to be a terraced stupa built on a rectangular platform. Among the ruins of the Angulimala stupa, only the walls, a plinth, and a raised platform with a flight of stairs can be seen on the spot. However, the structural remains of Pakki Kuti today represents the construction works of different periods, the earliest of which is the Kushana Period.