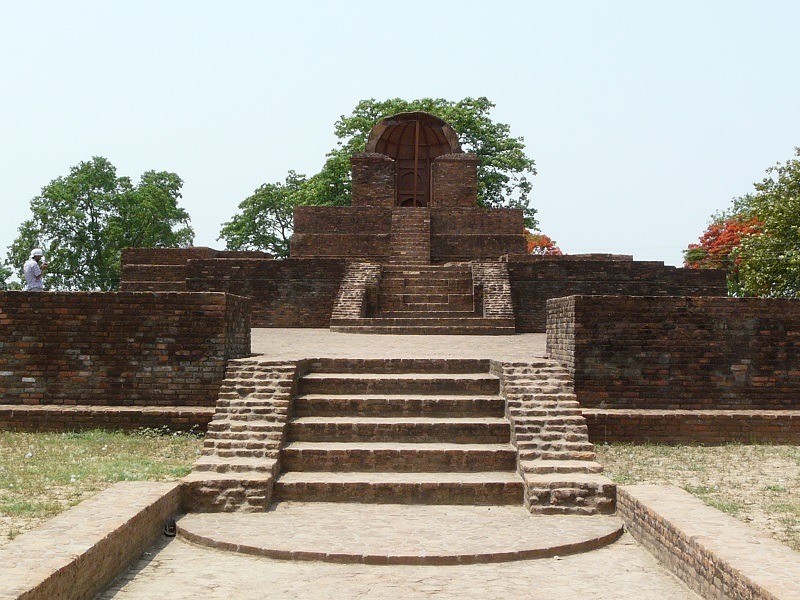 #3 of 8 Places to Visit in Shravasti

Place Location: In The Mahet Area

Travel Tips: Tourists don't have to pay to see Sobhnath Temple. However, since Sobhnath Temple is located in Sahet - Mahet archaeological site, therefore, one has to pay an entry fee to enter the region.

At a distance of 2.5 km from Shravasti Bus Station, Shobnath Temple is an ancient Jain temple situated at the entrance of Mahet in Shravasti. Situated on the way to Anathapindika Stupa, it is one of the famous Jain temples in India, and among the important places to visit in Shravasti.

The old temple of Shobnath located at Shravasti is dedicated to Jain Tirthankara Sambhavnath. Shobnath Temple is a highly spiritual shrine for the Jain devotees as the temple is believed to be the birthplace of Lord Sambhavnath - the third Jain Tirthankar. This popular pilgrimage site in Shravasti is erected on a rectangular platform which includes different sections. Since its inception, the temple has undergone numerous additions and extensions.

The major attraction of the shrine is the Dome-shaped roof which is made up of Lakhori bricks and is a later superimposition belonging to the late medieval period. The interior face of the wall was provided with a series of niches housing sculptures of deities. In a room of this temple an idol of Bhagwan Rishabhadev, about 1000 years old, was found on a flat stone. The idol of Bhagwan Rishabhdev is in a seating posture with three umbrellas beautifully made over his head. On the sides, two lions and an ox (Symbol of Rishabhdev) in the center is also carved along with two standing Yakshas on both sides. There are remains of two rectangular rooms, on the northwest & southwest corners of the enclosure and they are also paved with concrete.

Along with this, the excavation carried on this site also revealed the remains of three temples in the region where Lord Chandra Prabhu, the 8th Tirthankar said to have meditated. Besides, the remains of Chaitya Vriksha and idols of religious goddesses are also found, these are the excellent specimens of medieval art. It is supposed that around Sobhnath temple, there may be
another 18 temples; one of them may be the birthplace of Bhagwan Chandraprabhu, the 8th Teerthankara.