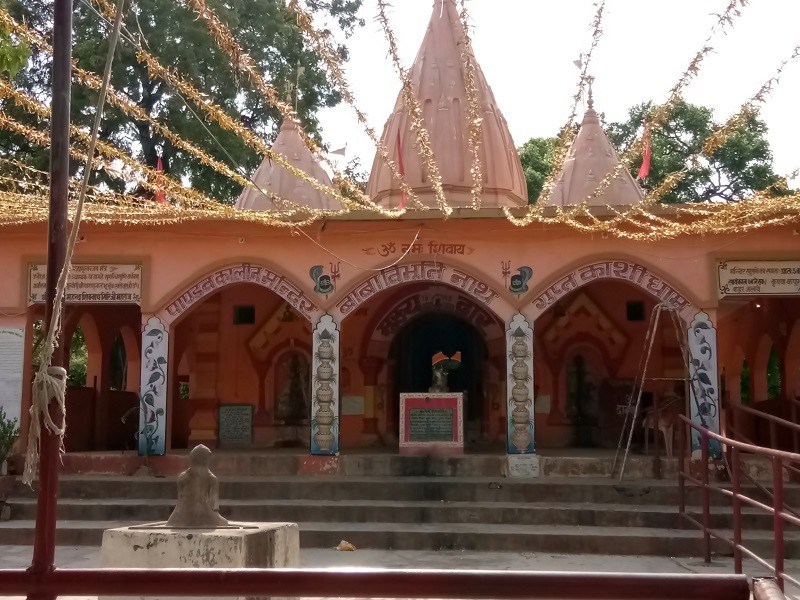 #6 of 8 Places to Visit in Shravasti

At a distance of 32 km from Bhinga, and 55 km from Shravasti, Vibhuti Nath Temple is an ancient Hindu temple situated at Merkiya village in Shravasti district of Uttar Pradesh. It is one of the sacred Hindu places of pilgrimage in Uttar Pradesh, and among the best-sacred places to visit near Shravasti.

Founded by Pandavas, Vibhuti Nath Temple is dedicated to Lord Shiva and is one of the most sacred Hindu shrines in the region. One can find traces of its history from the great Hindu epic Mahabharata. During the Mahabharata period, Pandavas spent twelve years in exile and one year in a concealed place. During the exile period, they resided for sometimes in the forest region of Suhaildev. At that time Bhima initiated to form a village that came to be known as Bhimgaon and later Bhinga. About 32 km north of Bhimgaon, Pandavas laid the foundation of a Shiva temple which became famous as Vibhuti Nath.

Thousands of devotees visit the temple every year to seek blessings and pay their homage to the deity of Lord Shiva. During the days of Savan month, the number of devotees visiting Vibhuti Nath Temple doubles as the days are considered to be auspicious for offering prayers to Lord Shiva.