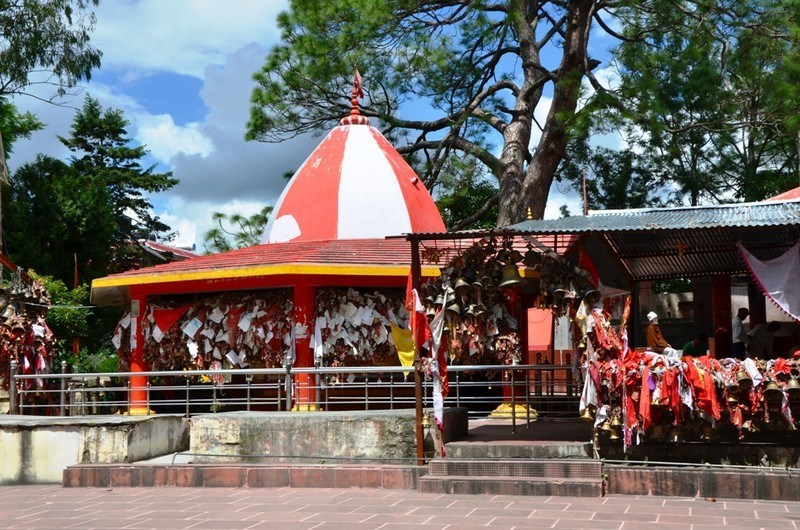 At a distance of 10 km from Almora, Chitai Temple is a sacred temple situated near Falsima in Almora district of Uttarakhand.

Chitai Temple is devoted to the mythological and historical God of the Kumaon region, Golu Devata or Lord Golu. Perched on a hilltop, this temple was constructed in the 12th century by a general belonging to the Chand dynasty. Golu Devta is famously regarded as God of Justice.

According to the legend, once a king went into the forest for hunting, when the king became thirsty he ordered one of his servants to fetch water for him. In turn the servant disturbed a female saint deep in meditation. The woman, in a fit of anger, insulted the king. The king got fond of the lady and married her. As the other queens of the king became jealous of the new queen they stole the newborn child of the queen and replaced it with a stone and threw the kid in a lake where a fisherman found him. Later when the boy realized about his true identity he decided to seek on the injustice done to his mother. He goes to the lake with a wooden horse and tries to make the horse drink water from the lake. Seeing this, the king asked the boy how he can make the wooden horse drink water at which the kid replied the king if a woman can give birth to a stone then the wooden horse can drink water. The king realized his mistake and accepted him as his son.

Located inside thick forest of the chir pines, this temple is an important religious attraction of the region. Devotees in turn offer bells and sacrifice animals after the fulfillment of their wishes. Thousands of bells can be seen hanging over the temple premises. Temple walls are covered with court stamp papers, which are petitions from devotees who have not got justice in the court.

Golu devta has siblings Kalva Devta, in form of Bhairava and Garh Devi in the form of Shakti. Golu Devta is also prayed as key deity in many villages of Chamoli. Devotees worship Golu Devta with the means of white cloth, Pagri and White Shawl.