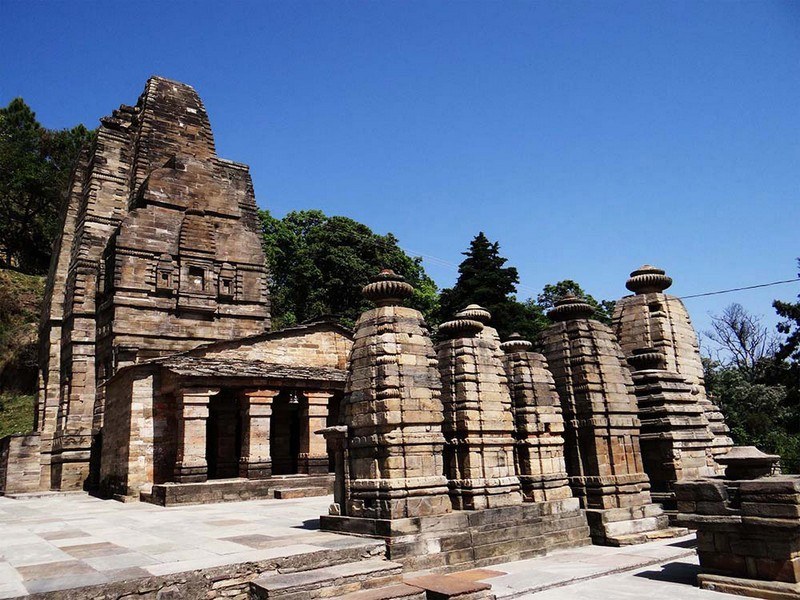 Travel Tips: This temple is situated between Almora & Ranikhet and can be visited with 1 hour effort if you are travelling to Ranikhet via Almora.

At a distance of 20 km from Almora and 30 km from Ranikhet, Katarmal Sun Temple is an ancient Hindu temple situated at Katarmal village in Almora district of Uttarakhand.

Katarmal Temple is dedicated to Lord Burhadita or Vriddhaditya (the old Sun God) and is one of the famous historical places of Kumaon hills in Uttarakhand. The present image of Surya in the temple dates back to 12th century. Built in the 9th century by Katarmalla, a Katyuri king, this temple is perched at an altitude of 2116 m.

The Sun Temple is noted for its magnificent architecture and is a monument of historical importance. The temple complex has one main temple surrounded by 45 smaller exquisitely carved temples. The idols of Shiva-Parvati and Lakshmi-Narayana can also be spotted in this temple. The building faces the east in a way such that the first rays of the sun fall on the Shiva Lingam. Stone-built walls, intricate figures, beautiful pillar carvings and exquisitely cut out wooden doors are among the distinctive features of this temple.

The carved wooden doors and panels were transported to the National Museum, Delhi, after the original idol of presiding deity was stolen in the 10th century. The temple, which holds other carvings on walls and panels, was declared a monument of national importance.

Though the temple is in a decaying state, it is visited by many devotees who come here to offer prayer to the Sun God. There is no means of transport available after the Kosi River, and thus visitors are needed to walk 2 km on foot in order to reach the temple complex. The route passes through many villages, and one can get a glimpse of the local culture.