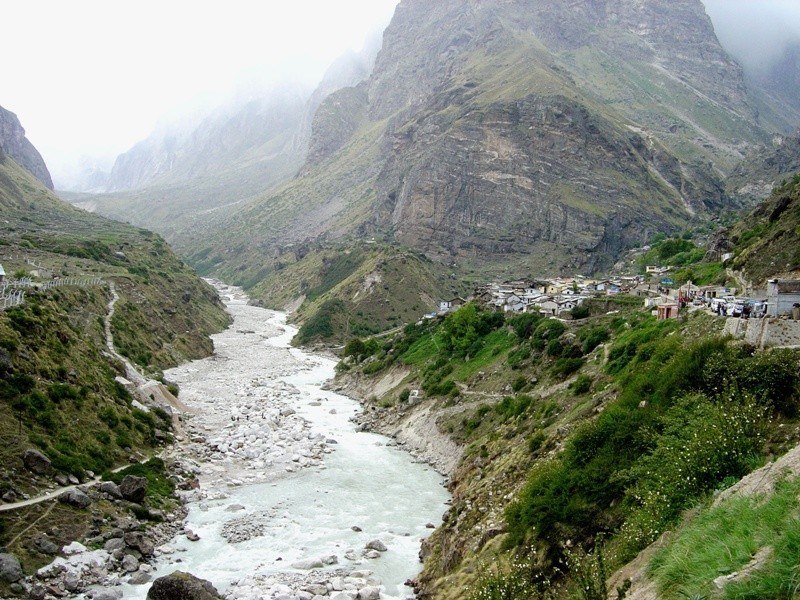 #6 of 16 Places to Visit in Badrinath

At a distance of 5.5 km from Badrinath Bus Stand, Mana village is a quaint tiny hamlet situated on the Indo-Tibetan border in Chamoli district of Uttarakhand. This village is the last village of India on Indo - Tibet boarder. It is situated at an altitude of around 3219 m on the banks of River Saraswati which originates in a mountain near the Mana Village.

Mana Village is inhabited by Indo-Mongolian tribes known as Bhotias. The village has about 180 households and a population of about 600. The villagers are culturally associated with activities of Badrinath temple and annual fair of Matha Murthi. They perform an annual traditional act by offering a choli to the deity on the closing day of the temple. When the Badrinath temple reopens in Apr/May, they come and live here for 6 months to keep the culture and traditions of their tribe alive. The rest of the year they live in Chamoli.

Mana village has several caves including Vyas Cave. It is said that Veda Vyas dictated his famous Mahabharata to Lord Ganesh here. One more cave is called Ganesh Gufa near Vyas Cave. There is a natural rock that rests over the river known as Bhim Pul. Legend says that Bhima, one of the five Pandavas placed the rock to make way Draupadi to cross the river during their Swargarohana.

This is a perfect place for trekking and there are many trails nearby including Vasudhara Falls, Swargarohini and Keshav Prayag. Vasudhara Waterfall is a beautiful waterfall dropping from a height of 145 m. Visitors need to trek for about 6 km from Mana to reach the stunning Vasudhara Falls. Further 1 km uphill from Vasudhara, on the route of the Swargarohini trek, is Keshav Prayag, the meeting point of the two sacred rivers Alakananda and Saraswati.