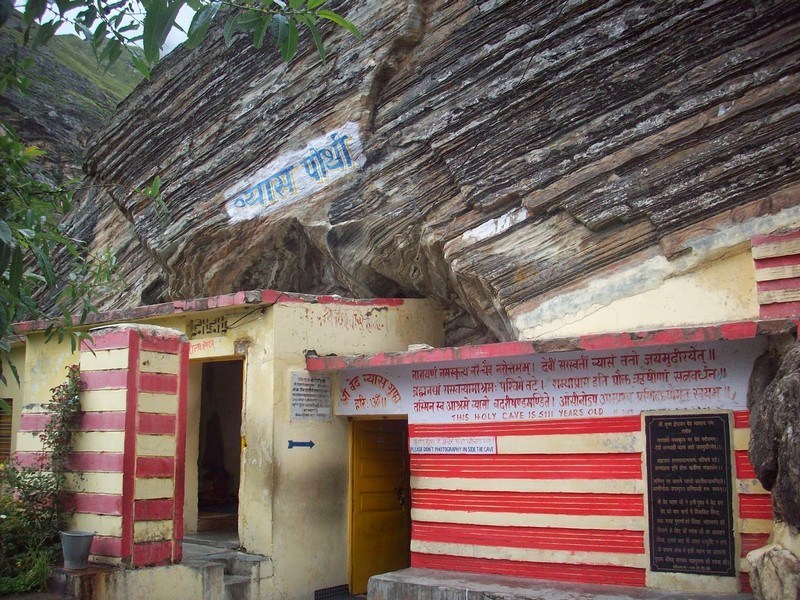 #3 of 16 Places to Visit in Badrinath

At a distance of 5.5 km from Badrinath Bus Stand, Vyas Cave is an ancient cave located on the banks of Saraswati River at Mana village in the Chamoli district of Uttarakhand. Mana is the last Indian village situated at Indo-China Border.

Vyas Gufa is believed to be the place where sage Vyas composed the Mahabharata epic with the help of Lord Ganesha. He also composed 18 Puranas, Brahma Sutras and four Vedas. Maharishi Vyas statue is installed in the caves and worshiped by the pilgrims. A distinct feature of the temple is the roof which resembles the pages from the collection of his holy scripts.

There is also an interesting story related to the place that explains the broken tusk of Lord Ganesh. When Vyas was composing Mahabharata, he needed someone to take down his dictation and asked the learned Ganesha for the same. Ganesh agreed but he had a condition - that Vyas would not stop even for a moment or else he would stop writing and leave. Vyas dictating as fast as he could and Ganesh bent down over the script pages. Finally, his reed pen broke. To which, he broke off a part of his tusk to be used as a pen thereon.

Ganesha cave is also located in nearby area below the Vyas cave. Near this temple, is a natural rock that rests over the river known as Bhim pul. Further 3 km upward climb from Vyas Gufa is another cave called the Muchukand Gufa. It is associated with the story of Lord Krishna who had tactfully led to the demise of the demon Kaal Yawan here by Sage Muchukand. It is said that the footprints of Lord Krishna can still be seen in the cave.